Gsoc: Public Confidence in the Garda is our priority 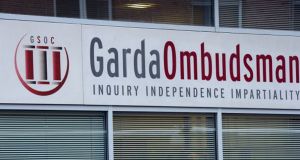 The purpose of the Garda Síochána Act 2005 is to provide for a police service that is effective, efficiently managed and able to meet the needs of the society in which it operates and which it serves. What cannot be provided for in legislation is the issue of public confidence and trust in the gardaí. This can only be established by experience, dealing fairly with the public and acting within the confines of the law.

The work of the Garda Síochána is governed by law. The powers it uses are set out in legislation or handed down under the common law system. If gardaí overstep or misuse these powers, cases may fail. Gardaí may be disciplined and, in extreme instances, prosecuted.

Gardaí cannot do their job to any acceptable standard without the confidence of the public. When gardaí appeal for witnesses or assistance in investigating a particular crime, that investigation may halt unless members of the public come forward to help. Such help may be in the form of eyewitness evidence or in helping the gardaí to establish the time of a crime, the place of a crime or the identity of a suspect. It may include providing documents or CCTV footage.

In giving help to the gardaí many people have to overcome an understandable reluctance “to get involved”. Unease as to whether they will be identified, will have to go to court or be inconvenienced in other ways are all valid concerns. However, despite those hesitations, time and again members of the public step forward and give the necessary co-operation to gardaí throughout the country.

Information given to the gardaí may include photographs or other personal documents. Members of the public do not expect to see personal information, photos or documents appearing in newspapers or on broadcasts, the internet or social media. Such publication may affect a person’s good name, work, family relationships or cause unnecessary grief to a victim of crime and/or their family.

In building up a service in which the community can have confidence, the 2005 Act established the Garda Síochána Ombudsman Commission. One of its purposes is to promote public confidence in the process for resolving complaints concerning the conduct of members of the Garda Síochána.

These complaints may include issues of a disciplinary nature or complaints alleging criminal behaviour. It is only where the complaint involves allegations of criminal behaviour involving a member or members of the Garda Síochána that Gsoc can rely, under the 2005 Act, on the same powers as used by gardaí to investigate crimes.

It is important to note that in passing the 2005 Act the legislators decided that the disclosing of confidential information by a member of the Garda Síochána could be an offence.

The disclosure must also be one which is likely to have a harmful effect. Harmful effect is set out in the 2005 Act to include information that impedes the investigation of an offence or results in the identification of a person who is a witness in a criminal offence or who has given information in confidence to a member of the Garda Síochána or relates to a person who is a witness to or a victim of an offence. The Act confirms that such a disclosure by a garda could be serious enough to warrant prosecution and up to five years imprisonment. Under the 2005 Act Gsoc is also subject to similar restrictions.

In deciding which powers to use under the Act, Gsoc, no more than the Garda Síochána, must consider a number of issues. There are rights attaching to a complainant, gardaí under investigation, witnesses and people who may be victims.

How Gsoc meets the needs of an investigation must be considered by balancing the rights of all these parties. That balancing must be fair and proportionate to the investigation. It must be in accordance with the law. It cannot show bias, either positive or negative, to one individual or one group of individuals.

A complainant may be a person with previous convictions or a person who has never been in trouble in their life. Gsoc cannot decide to treat one complainant differently from any other.

A garda under investigation may be of any rank and Gsoc must treat all members complained of in the same unbiased manner. Co-operation with Gsoc by all parties involved in the investigation of any complaint assists in a fair resolution of the case.

Gsoc must use any lawful means provided by the legislature “to ensure that its functions are performed in an efficient and effective manner and with full fairness to all persons involved in complaints and investigations . . . ”

The law that governs Gsoc starts with the 2005 Act but includes other domestic legislation. Bunreacht Na hÉireann, the Constitution, has since 1937 laid out the legal protections applicable in this country. This has been complemented by the passing of the European Convention on Human Rights Act in 2003. The right to privacy is to be found in our domestic law. The right to freedom of expression, including that of the media, is to be found in our Constitution subject to public order.

Building and maintaining public confidence in the police is primarily a matter for the Garda Síochána. This can be supported by various laws and regulations. The role of Gsoc is one such support.

There is an overriding public interest in the promotion of confidence in the Garda Síochána. The value of that interest is for the public ultimately to assess.