Fintan O’Toole: The State should refuse to deal with offshore companies

The secrecy inherent in offshore is incompatible with democratic accountability 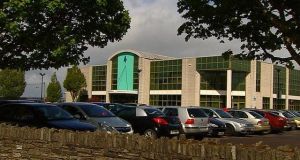 “Abtran is a reputable, law- abiding and entirely legitimate operation. It is not using the BVI to evade tax; it pays its taxes in Ireland. It is quite upfront about the reasons why it is now owned by a BVI company: secrecy.”

Whenever a new government emerges, it should adopt a simple principle: no public money should go to companies registered in tax havens. The Panama Papers have revealed the existence of a vast international industry whose product is secrecy. Firms such as the now notorious Mossack Fonseca generate hundreds of thousands of companies, most of them registered in the British Virgin Islands (BVI). Some of these companies are perfectly law-abiding, others exist to facilitate crimes, including tax evasion and money laundering. But what they have in common is the desire for secrecy. And currently a very substantial amount of Irish public money goes to a BVI-registered company.

The BVI regime is purpose-built for secrecy: no requirement for companies to publicise their incorporation, unlimited use of nominee directors, no public register of directors, no requirement to file public accounts. This secrecy, even if it is being used for legitimate purposes, is simply not compatible with democratic accountability. No democratic government should do business with companies that avail of the BVI regime, even if those companies are law-abiding and tax-compliant.

As it happens, the State does a huge amount of its business with a BVI-registered company, Abtran. If you’re paying water charges or property tax or getting a student grant, you’re dealing with Abtran. It has become one of the main intermediaries between citizens and the State. If you want to deal with Irish Water, for example, you can’t do it directly; you have to go through Abtran’s call centre in Cork. This is part of a wider redefinition of our relationship to our State: we are customers, not citizens. We don’t have rights; we have “customer-care solutions”.

It then registered its financial reporting responsibility in the BVI. It was quite entitled to do this. Abtran sought and obtained approval from the Revenue Commissioners before making the move.

Why did it move its reporting to the BVI? To keep its finances secret. In 2013, the company’s spokesman told me “the only reason for doing this is to stop competitor companies looking over Abtran’s accounts and analysing its business, which they have done in the past”. But of course this also stops the citizens who pay for Abtran’s services from understanding how it operates. It cloaks in secrecy the dozen or so public contracts that Abtran has obtained.

And this secrecy is incompatible with democratic accountability. This is not an abstract consideration. The Irish Water contract alone is thought to be worth perhaps €50 million over five years. But we don’t actually know what it’s worth. When Barry Cowen asked Minister for the Environment Alan Kelly in the Dáil, the answer was blunt: “The financial value of the contract is commercially sensitive.” Our business is none of our business.

In January, Catherine Murphy raised questions in the Dáil about the lobbying by Abtran of Kelly’s predecessor as minister for the environment, Phil Hogan: “Through freedom of information I have established that on February 15th, 2012, the private secretary of the then minister, Phil Hogan, received a fairly informal email seeking a meeting with ‘Phil’ to lobby on behalf of Abtran. On the same day at 5pm, an email was sent stating the minister had agreed to meet the company. On February 27th of the same year, we know, from Gavin Sheridan’s publication of the minister’s diary, that the minister met the person who sent the original lobbying email, Mr O’Byrnes, and the co- owner of Abtran. In March 2013 the company was awarded the contract.”

Murphy also told the Dáil that “in late 2015, a State investment vehicle invested an undisclosed sum of money in Abtran”.

And of course she’s not: the detailed operation of the company is hidden behind impenetrable walls on the British Virgin Islands.

What we see here is the culture of secrecy reaching all the way across the Atlantic from a notorious tax haven right into the heart of our democracy.

And the State can put a stop to this. Companies tendering for lucrative public contracts can be told that they must be registered and do their financial reporting within the European Union and must accept that those public contracts will be indeed be public.

This would be a small gesture, a tiny response to the vast scandal of corporate secrecy exposed in the Panama Papers. But it would be at least a gesture towards the openness and accountability that democracy demands. It would be a small step, too, in restoring the wild notion that we are citizens, not customers.