The Irish Times view on Lisa Smith: bring her home 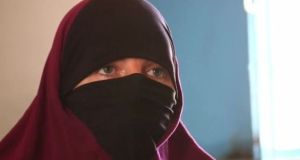 The repatriation of Lisa Smith and her two-year-old daughter from a displacement camp near the Turkish border in Syria would be the right thing to do.

The repatriation of Lisa Smith and her two-year-old daughter from a displacement camp near the Turkish border in Syria would be the right thing to do. Conditions at the Kurdish-controlled Al-Hawl camp for the wives and children of defeated Islamic State fighters are grim, while competing military forces in the region provide an uncertain and threatening future. In those circumstances, if the Government is serious in its attempts to have Smith brought back, it should be commended.

Because of the diplomatic challenges and the physical dangers involved in trying to secure her release and repatriation, progress has been slow. Minister for Justice Charlie Flanagan described it as “one of the most challenging areas of conflict in the world” while Taoiseach Leo Varadkar said there was no question of putting any personnel at risk. Some months ago, the Government rejected a Defence Forces plan to extract Smith and her child from Syria through cooperation with foreign intelligence agencies. But Flanagan has now confirmed it is engaging with “international actors” – thought to be humanitarian agencies – for the same purpose.

There is broad political support for the return of Smith and her young child. But there is also concern over how a supporter of the Islamic State, also known as ISIS, should be treated, in view of the brutal behaviour of that regime. Removing two citizens from immediate danger represents an important first step. On arrival home, Smith will be questioned at length by An Garda Síochána about her conversion to Islam, her recruitment, her marriage and her passage through Tunisia. Particular emphasis will be placed on her activities while in Syria, especially in relation to her denial of providing firearms training for young girls. Should evidence of illegal activities emerge, she could be charged.

She may also have to undergo a deradicalisation process and provide convincing reasons why her freedom would not pose a threat to the State. As a former member of the Defence Forces, Smith knows that as well as anyone.

1 Irish tourists excluded from visiting Greece and Croatia
2 We need to pay very close attention to what is happening in Britain now
3 Taoiseach has confirmed schools will reopen at the end of August
4 Sideline Cut: Vignette shows why Bird is the true shark in The Last Dance
5 The strain is starting to tell on Brendan O’Connor
Real news has value SUBSCRIBE