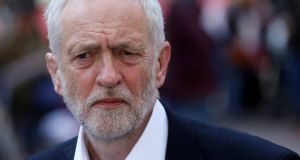 The decision of the Britain’s Labour party to change its stance on Brexit is significant. Pulling back from the detail, it is clear that the party is reacting to the threat to jobs and growth which a hard Brexit would bring. In turn, this will put pressure on Theresa May’s government, itself deeply divided on the best course of action.

As negotiations get under way again in Brussels between the EU and the UK, there is still much confusion about what the Conservative government is looking for, and how it hopes to achieve it. This fluid picture highlights the importance of Jeremy Corbyn’s move, particularly as it would also be supported by many Conservative MPs. There is now almost certainly a majority in the Commons for a softer version of Brexit, potentially creating problems for the Conservative government as it plots the passage of the necessary legislative changes.

Labour’s shadow Brexit secretary, Keir Starmer, outlining Labour’s policy shift, said that the party now wanted Britain to remain in the EU Single Market and the Customs Union for a lengthy transition period of up to four years after Britain leaves the EU in March 2019. This, in turn, would mean accepting EU migration rules for that period, continuing to pay into the EU budget and accepting the ongoing jurisdiction of the EU courts.

Ongoing membership of the Single Market and Customs Union for a period would, at least, delay the threat of a return of controls on goods at the Border

It is a change which will be controversial not only on the national stage, but also within the party itself, where there are already warnings of Labour losing supporters to UKIP as a result.This makes Mr Corbyn’s decision all the more interesting , suggesting that he believes the mood is starting to shift in favour of a less dramatic exit, amid building economic worries. Having maintained a deliberately ambiguous stance through the general election campaign and since, Mr Corby has finally made this vital call.

A softer Brexit would remove some of the immediate threat to Ireland. In particularly, ongoing membership of the Single Market and Customs Union for a period would, at least, delay the threat of a return of controls on goods at the Border. It would also avoid the immediate threat of tariffs and other barriers on trade between Ireland and the UK.

That said, it is important to note that Labour is still supporting Brexit and the eventual departure from the Single Market and Customs Union. Some may feel that Corbyn could even be playing a longer game and hoping to chart a close relationship between the EU and UK in the longer term. But this remains speculation.

The central issue remains. If Britain wants control on immigration and wants to escape the jurisdiction of the EU Court of Justice, then the direction of Brexit will be harder. In this scenario, it will leave the Single Market and Customs Union and trade and customs barriers will loom.