Cardinal Desmond Connell represented a church of a different time, losing its touch, in troubled transition

Thirty five years teaching philosophy in UCD forged in Desmond Connell both an impolitic nature and otherworld naivety that would sometimes lead him up paths that in retrospect he might have wished to have skirted. That, a certain shyness, and a rigid theological orthodoxy reinforced each other in shaping a reluctant archbishop of Dublin and then cardinal who represented a church of a different time, losing its touch, in troubled transition.

When he described President McAleese’s participation in an Anglican communion service as a “sham”, or shockingly explained to the Murphy commission on child abuse the convoluted logic of the church’s approach to lying, the “mental reservation”, one got the sense of a philosopher-theologian less interested in the effect of his words than in getting the concept, the teaching, right and precise.

And there was a time not so long ago when the church itself was also less interested in making its teaching palatable. It got him into all sorts of trouble, but you definitely knew where you stood with him. 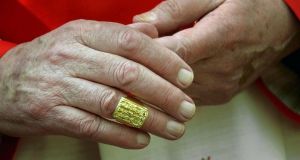 Connell, appointed to the Dublin diocese precisely for his conservatism, found himself thrust into the breech of the church’s most profound crisis ill-equipped pastorally, and incomprehending of the nature and scale of priestly child abuse.

He will be remembered by history less for the brilliance of his mind and teaching, or for the case he made trenchantly on social issues from abortion to homosexuality to unemployment or the treatment of refugees, than for the belatedness of his apology and appreciation of the pain created by abuse. He was roundly criticised by the Murphy commission.

“I am as human as any of you . . . it is the issue which has devastated my period of office, ” he would admit in Maynooth in 2002. It was a mea culpa, an admission of fallibility that also expressed the story of the church and the State.

Ireland would not be Ireland without the Catholic Church, he had declared on his elevation to the College of Cardinals in 2002. With all their respective failings.