Don’t burden Sally Rooney with voice of a generation label 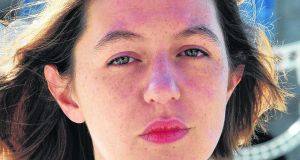 It was a tale of two Irelands: one, the pearl clutching and priggish outrage at seeing sex between consenting teenagers on the small screen; the other, jubilation at witnessing the experience of growing up in Ireland documented with sensitivity and nuance.

Sally Rooney has long been a figure that generates hyperbolic reactions. Vox said her work was “impossibly intellectual, impossibly tender. Impossibly beautiful”; and she has time and time again been heralded as the voice of a generation. The televised adaptation of her wildly successful novel Normal People, aired on RTÉ, has reminded us of this.

But the outrage appears to be a minority concern - most delighted in Lenny Abrahamason’s triumphant television that cast Rooney’s novel in a new and exhilarating light.

Normal People (2018) is a coming-of-age romance about two disaffected teens moving to Dublin to study at Trinity College. It was a publisher’s dream: easily adaptable for the small screen, and ripe for a market increasingly drawn to young female authors.

Rooney’s success was, then, perhaps inevitable. Her writing is accessible, thanks to sparse prose and eschewing traditional dialogue formats. She was smart to jump on the class-conscious zeitgeist that has emerged as a topic du jour for young people since the financial crash, weaving in comments about economic precarity and capitalism throughout her novels. She deftly chronicles universal experiences of love, anxiety and friendship. And, that she is a young woman matters hugely in an age of marketisable feminism.

But we should perhaps wonder if we have been slightly premature in exalting Rooney to such a pedestal, burdening her with the hairy “voice of a generation” accolade. Normal People (and her debut Conversations With Friends) is a nice novel. But the sparse prose she has distinguished herself with is not a Rooney idiosyncrasy. The story of two star-crossed lovers struggling to be with one another is, of course, a tale as old as time. The class critique across her novels is not challenging (that some people are rich, and some people are not, generating power imbalances is hardly a unique or new observation).

It seems, however, that we are all-to-ready to dole out this prestigious title to successful young female writers. Dolly Alderton’s best selling memoir Everything I Know About Love was met with similar uncritical admiration. So too was Phoebe Waller Bridge’s play-cum-TV-series Fleabag. Both, like Rooney’s work, are adroit and sensitive chronicles of the plight of young people. They all received huge and deserved commercial success. Alderton, Rooney and Waller-Bridge have all received the “voice of a generation” accolade, too.

Exactly why we are so quick to do this with women is unclear. Perhaps it is because we have long been deprived of their stories - and it is then exciting to see ourselves reflected on screens and pages that were once reserved for men. Or, perhaps we hold art produced by women to a higher standard - only believing it has value if it aspires to the lofty heights of speaking on behalf of an entire generation. It is certainly remarkable that it is such a struggle to name a young man of late who has received the same epithet.

But we should resist the evidently powerful inclination to burden young female talent with the voice of the generation label. If we are forced to accept these stories - compelling and well rendered though they might be - as speaking on behalf of an entire raft of people we end up doing the audience and the writer a disservice.

In the case of Rooney, since she has been exalted to this status, a critique of her work amounts - in the eyes of her legions of fans - to a critique of successful young women altogether. A critique, crucially, not rooted in legitimate concerns but rather in jealousy and protest at the success of another woman. And a critique not just of her novels but also a critique of everyone we believe she speaks on behalf of.

We, too, should remind ourselves that neither Alderton nor Rooney nor Waller-Bridge need to speak for an entire generation for their work to have value.

Rooney filled a millennial shaped hole in the publishing industry - and we are lucky to read her work and see it re-imagined on the small screen. But there will be other Rooneys, and Aldertons, and Waller-Bridges - young women of comparable talent who capitalise on a zeitgeist.

We should await all these new discoveries with baited breath - their work will merit our admiration too. We should also be more sparing with whoever we claim speaks for an entire generation, and perhaps more cautious with whoever we canonise as among the greats.