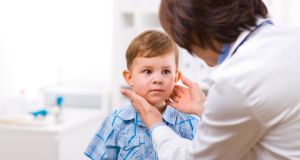 Universal primary healthcare, as a social democratic concept, has been realised in almost every other OECD country. Ireland is an outlier in the world. Photograph: Getty Images/Hemera

Extension of free GP care to seven- to 12-year-olds who do not currently have a medical card has been approved by Government, subject to agreement with the Irish Medical Organisation. This step towards universal primary healthcare was earmarked in the 2016 Programme for Government, which planned to extend free GP care to all under-18-year-olds. The 2017 Sláintecare report, supported by all political parties, recommended the phased expansion of doctor visit cards to the 54 per cent of the Irish population who have to pay the full cost of primary care. The World Health Organisation also recommends that primary care should be universally accessible.

Yet, Ireland remains the only country in the Organisation for Economic Co-operation and Development (OECD) which asks its citizens (indeed a majority of them) to access the free market for primary care. In that context, it may be surprising that the announcement of a phased expansion of free GP care has been met with significant criticism by medical organisations.

A primary argument opposing financial support for accessing healthcare infers that free care leads to too much care. With regards to the frequency of visits, we have only one published study, from eight Dublin practices, which suggested that the under-sixes scheme increased the number of consultations from 2.8 per annum, to 3.3. This is an increase but it is by no means overwhelming. Given the highest users of GP services in childhood are younger infants, the small increase in consultation numbers in seven- to 12-year-olds from free GP care is unlikely to be large.

It has also been argued that free GP care can lead to inappropriate visits, with many doctors inferring that that parents of former private under-six patients suddenly attended their GP with “frivolous” complaints on receipt of a doctor visit card. Parents have more to be doing in life than attend their local doctor on a whim. It is an inference which is laden with judgment and insinuates that parents are wasting doctors’ time. It also belies a universal truth in our understanding of the medical consultation, that the parent or patient’s experience of their illness and perspective warrants respect and empathy. Rather, there is compelling evidence that more appropriate care is being given to patients when they have accessible care, including more appropriate use of antibiotics, when a fee is removed at the point of contact.

But, as strange as it sounds, the benefit of providing universal primary healthcare is not really about healthcare at all, but instead it is about enhancing an economic liberty and the provision of a progressive social democratic policy. Do we believe that paying the full cost of healthcare when one is infirm or vulnerable is right? Is it fair to face significant economic hardship, on account of the serendipity of ill health? The financial barrier of out-of-pocket costs has been repeatedly associated with a reduction in the uptake of necessary healthcare.

Some GPs have demanded a significant increase in Government expenditure in general practice, but also vehemently object when that increase in expenditure arrives through the capitation payments from doctor visit cards. Other GPs complain about the increasing fragmentation of primary care by corporate pharmacies or private hospitals yet fail to see that the current system of private general practice creates the fertile ground facilitating this corporatisation. GPs understandably do not trust the Department of Health and HSE, given their exclusion from healthcare policies over the past two decades, yet the department is in an invidious position with more than half of the population receiving their primary healthcare outside of State contracts.

Strategically general practice cannot have it both ways. Many of the problems facing Irish general practice and its lack of development by policymakers is a direct result of it being in the free market.

Undoubtedly a significant deficit in capacity in Irish general practice exits. Imminent GP retirements are looming, with too few GPs being retained, a major shortage of practice nurses, significant deficits in the operability of our IT systems, an out-of-hours system that is creaking and an illogical overemphasis on large primary care buildings owned by public private partnerships.

Undoubtedly the small increase in appropriate consultations which arises from free GP care in the under-13 population will require planning and capacity increases. Yet we should also welcome higher-quality, accessible care when we remove large charges at the point of contact.

The provision of healthcare requires planning, regulation and the removal of the vagaries of market forces which intrinsically fail to provide equitable care. Universal primary healthcare, as a social democratic concept, has been realised in almost every other OECD country. Ireland is an outlier in the world. Surely we can be brave and ambitious enough to believe that the status quo, asking hard-working parents to pay the full costs of healthcare when their child is sick, is not good enough. Sláintecare embodies this ambition, envisaging a system with increased capacity, with people not having to pay excessive charges to obtain primary healthcare and where access to secondary care is not symbolised by inequality.

Few progressive health and economic policies in the history of the State have been endorsed by our medical organisations. It is probably not surprising therefore that the medical profession has voiced concerns about free GP care, especially given the lack of trust among general practitioners. When this overall context is considered, Sláintecare’s many recommendations, including the phased implementation of universal primary care, needs to be encouraged, not attacked or undermined.

Dr Mark Murphy is a GP in Dublin and is a lecturer in general practice in the Royal College of Surgeons, Ireland

1 52 places to go in 2020: Here’s where the New York Times says you should visit
2 Taoiseach claims Sinn Féin not ‘a normal political party’
3 Who are Ireland’s 17 billionaires?
4 Yacht captain guilty of drunk sailing had ‘God given right’ to be on Liffey
5 Over 65s are expected to ‘crawl into corner and die’, says election hopeful Valerie Cox
Real news has value SUBSCRIBE