David Farrell: Diaspora should be given the vote 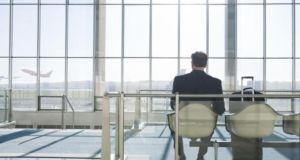 Six in ten respondents to a survey by the Irish Australian Chamber of Commercesaid Government assistance would be “very important” or “somewhat important” if they decided to move back to Ireland.

Ireland likes to show how it takes its diaspora seriously. Just look at the air miles clocked up by government ministers whenever the St Patrick’s Day jamboree comes around, or the red-carpet treatment given to emigrant dignitaries at the now annual global Irish civic forums. Sure we even have our very own Minister of State for the Diaspora.

We take our diaspora very seriously indeed for what they can give us: we’re quick to tap them up for a few euro here or a few connections there. But what they receive in return from us is little more than warm words and friendly smiles. Repeated calls by Irish emigrant groups for voting rights in Irish elections fall on deaf ears. Even the modest proposal of the Constitutional Convention that emigrants should vote in presidential elections has been ignored by the Government (despite the fact that the Government had asked the convention to consider the matter in the first instance).

It seems the only thing the Government is prepared to consider is extending voting rights to emigrants for up to three years after they leave the country rather than the current limit of 18 months. This was an idea floated by Jimmy Deenihan at last June’s global Irish forum, an idea that was sparked by the “home to vote” movement that was so prominent in last May’s marriage equality referendum.

According to the Minister this is now a “very live issue”. Let’s hope not. It would be little more than a tokenistic sop to Irish emigrants, and a potentially unfortunate one at that. It would let the Government off the hook on implementing real reform.

Its practical impact for members of the diaspora would be minimal: not everyone can afford the flight home, and only so many aircraft can land in Ireland on polling day.

It would run contrary to the calls for better management of our electoral register – three years is a long time between voter register updates.

It would encourage more emigrants to consider breaking a law that is largely unenforceable – as Derek Scally argued so convincingly on these pages a few days ago – for how can you prove that a recent emigrant doesn’t intend returning to Ireland or that he or she has been away for more than three years?

Are we to be offered yet another Irish solution to an Irish problem? And let’s be clear about it: this is a problem that is pretty much unique to Ireland. Most of the world’s democracies, and all of our European neighbours, allow members of their diasporas the right to vote – and by this I mean in ways other than requiring them to fly home at their own expense on polling day.

Methods vary: German and Swiss expats can vote by post; in Scandinavian countries their citizens abroad vote in person at their embassies; the Dutch and British can vote by proxy; Estonians can vote on the internet. There are few other European countries (such as Lithuania and Malta) that require their citizens to vote at home, but their citizens are at least offered the right to vote in advance of polling day so at least you don’t lose your vote if you happen to be on holiday when the election happens, and Malta even offers to pay their travel costs.

The arguments of those against voting rights for emigrants boil down to four main points.

First, there is the common refrain of no representation without taxation. But there are emigrants who pay taxes here and many more who make other voluntary contributions; equally there are voters resident in Ireland who pay little if any tax.

A related argument is that emigrants are likely to be less informed and don’t have as much at stake as the rest of us. Well, levels of information vary across all categories of voters, not just the expats; and what about those who were forced to leave? If this were a real concern then perhaps we could limit it to recent emigrants (for instance New Zealand limits it to those who have been abroad for less than three years).

Then there is the issue of cost: votes for emigrants don’t come cheap. But costs could be kept down, for instance, by using internet technology to enable expats to download and print out their own ballot papers for posting back at their own expense.

Finally, there is a context that is very particular to Ireland, namely that of the large size of our diaspora combined with the point that closer to home there are those north of the Border who may like to vote in elections in the Republic.

The fear is that, between them, they could swamp the vote, distorting electoral outcomes to the benefit of some parties (notably Sinn Féin). That risk could be mitigated by creating a constituency for nonresidents (as the French have), in effect reducing the “weight”of nonresidents’ votes. While some might object that this treats them as second-class citizens, surely giving them some say is better than giving them none at all.

Successive Irish governments, the current one included, have treated our diaspora with disdain. It’s time to move beyond the warm words and empty gestures.

David Farrell holds the chair of politics at UCD

1 ‘Summer is not lost’ – Taoiseach announces accelerated easing of coronavirus restrictions
2 California police fatally shoot 22-year-old man on knees with hands up
3 Coronavirus: People to be allowed to travel anywhere in their county from Monday
4 Donald Trump is in trouble, and that could spell very bad news
5 Covid-19 restrictions: What you still can’t do this weekend
Real news has value SUBSCRIBE