Michael McDowell: ‘Deputy Catherine Murphy’s speech was firmly grounded in the public domain; it did not concern the private, intimate, domestic borrowings or banking affairs of just anyone or just any businessman’ 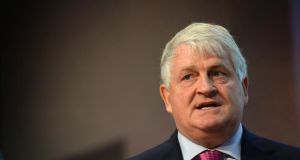 ‘We now also have the ridiculous situation in which Denis O’Brien’s spokesman uses the airwaves to condemn Deputy Murphy for “peddling lies” in the Dail but listeners are not told what her allegation is and are in no position to judge for themselves whether the spokesman’s strident condemnation is itself true or not.’ Above, Denis O’Brien. Photograph; Dara Mac Donaill / The Irish Times 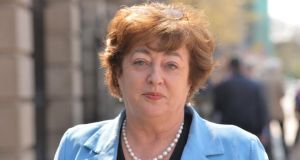 ‘It is significant that Deputy Murphy made those Dáil statements on Thursday, May 28th in the course of a brief First Stage debate on a Private Member’s Bill.’ Above, Catherine Murphy TD outside the Dáil. Photograph: Alan Betson / The Irish Times

The controversy about Deputy Catherine Murphy’s statements in the Dáil regarding Denis O’Brien’s banking arrangements with IBRC and its special liquidator, Kieran Wallace, whose accountancy firm (KPMG) has been asked by the Government to investigate the dealings of IBRC in relation to certain transactions (including the IBRC’s role in respect of the sale of SiteServ to a company owned beneficially by O’Brien), raises very important issues for our democracy.

O’Brien recently publicly expressed “delight” at the making of an interlocutory (ie temporary pending a full hearing) order restraining the broadcasting and publication by RTÉ of information in relation to his dealings with IBRC and its special liquidator which O’Brien claimed was private and confidential to him and IBRC and its liquidator and had been unlawfully divulged to RTÉ. The judgment was given in proceedings brought separately by O’Brien and by the special liquidator.

As I understand it, the media were allowed to attend the hearing and to report on it only to the extent that such reporting did not make public the “information” to which the case related.

We do not know the full, precise reasoning of the judgment because it has not yet been redacted for publication. Nor do we at home know the precise terms of the interlocutory order. But we do know that the order appears to bind RTÉ and any other person having “notice of it”, a category which seems to include the entire Irish national media. The order seems to relate to the information that RTÉ intended to publish, whether or not it was sourced from RTÉ, and seems to have affected anyone having notice of it, irrespective of the source of knowledge of such persons.

That is dramatic enough.

But when we now learn that Deputy Catherine Murphy has put on the record of Dáil Éireann what may or may not be some or all of the same information concerning what she believes about O’Brien’s borrowings from IBRC, and the manner she believes they may have been dealt with by IBRC and its special liquidator, the crucial legal and constitutional question now arises as to whether our national media can be prohibited from reporting and commenting on Dáil proceedings, including her latest statements, on the ground that they contain some or all of the information that the High Court previously ruled might not be published.

Her statements are available to everyone on the Oireachtas website, which embodies the full record of what happened in Dáil Éireann. They have been published verbatim on the news site Broadsheet.ie, and by the Guardian’s electronic edition and remained available there at the time of writing.

It is significant that Deputy Murphy made those Dáil statements on Thursday, May 28th in the course of a brief First Stage debate on a Private Member’s Bill which she had tabled seeking to deal with the terms and conduct of the KPMG inquiry mentioned earlier. It was not an irrelevant contribution artificially and gratuitously thrown into some other piece of Dáil business.

Justifying her Bill, she claimed such legislation was necessary in view of important issues and matters, including information she referred to in respect of O’Brien’s dealings with IBRC and its special liquidator. So now we must ask ourselves, as citizens of a Republic, whether our media, which are our only means of knowing what is happening in our national parliament, can effectively be prohibited from publishing the Dáil debate on legislation introduced there, including the reasons offered by the proposing member of Dáil Éireann for the necessity of the Bill, on the basis that part of those reasons may relate to information which a citizen claims is private and confidential.

Of course the High Court has not ruled that the media cannot report Deputy Murphy’s speech in support of her Bill or comment on it. But the reported terms of the interlocutory order seem to have referred to information that may or may not have been part of her speech; they make no express reference to any Oireachtas debate happening after the order was made.

Moreover, it now seems that anyone who wants to know the gist of Deputy Murphy’s speech need only look at the Oireachtas website, Broadsheet.ie or at the online edition of the Guardian.

Insofar as information in her speech remained private at the time the High Court order was made against RTÉ, it is now in the public domain and is available internationally to all and any media (including social media, where it is all the buzz), and to any banker, any business competitor of O’Brien, or anyone thinking of doing business with him. The only people in the dark about what she said in her speech are those who must rely on the mainstream media in Ireland for their information and only for as long as those media remain uncertain as to whether they can lawfully carry her speech or comment on its contents.

Those media now have the option of returning to the High Court for clarification as to whether they can carry Deputy Murphy’s Dáil speech (as The Irish Times will be doing next week) or else of taking their own advice and following the lead of the Guardian.

We now also have the ridiculous situation in which O’Brien’s spokesman uses the airwaves to condemn Deputy Murphy for “peddling lies” in the Dáil but listeners are not told what her allegation is and are in no position to judge for themselves whether the spokesman’s strident condemnation is itself true or not. That is pathetic and ludicrous.

So as regards the statements made by Deputy Murphy, they are now in the public domain. The genie cannot be put back in the bottle. Such information as her statements contain in relation to O’Brien’s dealings with IBRC and the special liquidator is simply no longer private. Whether true or false, it is now public.

On the broader question as to whether the High Court at the full trial of O’Brien’s action would ultimately hold that RTÉ’s “public interest” argument was good or not, I venture to suggest that the points made by Deputy Murphy in her speech appear to be points of very significant public interest.

Claims relating to the treatment of significant loans by a State-owned bank of the kind suggested by Catherine Murphy in her speech would be of huge public significance – regardless of who the beneficiary might be. Where the State has had to bail out a bank, the treatment of its business customers is a matter of the highest public importance, if that treatment has implications for the Exchequer and taxpayer.

Deputy Murphy’s speech was firmly grounded in the public domain; it did not concern the private, intimate, domestic borrowings or banking affairs of just anyone or just any businessman. The nature of her concerns and their scale in my view takes the matter well outside the “private” in the personal sense of that term. If her remarks concerned a company’s affairs, no one would see them as in any way “private”, even though many companies are private.

The size of an individual’s business banking relations may be of such an order as takes them far outside the scope of citizen “privacy” rights protected by the Constitution. In that area, “size matters”.

I was strongly sceptical, when Minister for Justice, of the idea that a Privacy Act was needed; I argued then that the justification offered that such an Act was needed to protect the weak and defenceless from the powerful media might well end up with a secrecy charter for the strong and the powerful. These recent events bear me out in those misgivings.

We are in dangerous territory where the alleged privacy rights of the powerful call into question the freedom of speech of our parliamentarians and of the citizens’ right to know of such matters, and seem to cast doubt on the efficacy of Article 15.12 of our Constitution.