Opinion: With four members remaining, it lacks a quorum of five 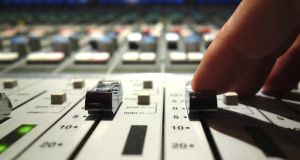 ‘It is ironic that the failure to ensure that the authority can function coincides with the coming into effect of new procedures governing the merger of media organisations. These procedures appear to give the BAI an enhanced role.’ Photograph: Getty Images

The Broadcasting Authority of Ireland (BAI) is currently unable to meet and do business because the Government has failed to appoint new members since the term of office of the majority of the nine BAI members expired in September. With four members it lacks a quorum of five.

The authority since 2009 has provided oversight for the public in respect to matters as diverse as Denis O’Brien’s stake in media companies and the handling by RTÉ of the Fr Kevin Reynolds Prime Time debacle. As one of the remaining four members, I now find myself unable to conduct business in accordance with the Broadcasting Act.

There is no good reason for the Government’s delay in making appointments. Ministers have known for five years when these appointments would fall due.

It is ironic that the failure to ensure that the authority can function coincides with the coming into effect of new procedures governing the merger of media organisations. These procedures appear to give the BAI an enhanced role.

However, if a major media takeover were announced today, or if another incident erupted similar to the Fr Reynolds shambles at RTÉ, the BAI could not at present respond as effectively as expected in the public interest.

The authority deals not only with crises. It has a broad workload of statutory responsibilities that range from developing broadcast policy through monitoring stations and adjudicating on complaints to assessing if the licence fee is fit for purpose and is being appropriately spent.

It is not just the BAI that has suffered a delay. The Government was late too in appointing the board of RTÉ. While Ministers may plead that they have too much on their plates, the failure to cope with routine vacancies raises broader questions about the way that Irish governments do business. It is both inefficient and wasteful for the Government not to fill vacancies swiftly, assuming that no policy decision has been made that it is better not to do so.

While both the BAI and RTÉ have full-time staff that can be trusted to keep each organisation working, without an authority and a board respectively neither can function entirely in the manner intended by the Oireachtas.

Delays in making decisions about media matters are nothing new. It has long been the case in Ireland that media policy creates ideological strains between coalition parties, leading to necessary legislation being long-fingered. Recent media mergers legislation is a case in point. It should have been enacted at least three years ago, and may still not be adequate to deal with a major, controversial ownership issue.

Governments also dragged their heels for so long on the prospects for digital terrestrial television in Ireland that the possibility of interesting Irish initiatives were overtaken by developments elsewhere.

The future of strong Irish media is not guaranteed. The ability of Irish people to hear their own stories being told independently, and in serious ways, is set by considerations of finance and control.

But the BAI at present cannot even attempt to do its job fully as intended, and will be unable to function properly until the Government fulfils its statutory role. Colum Kenny is Professor of Communications at DCU, and a member of the Broadcasting Authority of Ireland