British parliament must reassert its sovereignty and reverse Brexit 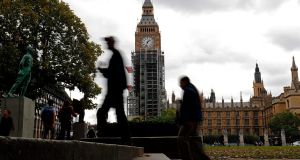 From the moment in 2015 when then British prime minister David Cameron promised his ill-advised referendum, it was always possible that the UK’s long-established form of parliamentary democracy would, in the end, be the main victim. And so it came to pass, with Brexit trashing the principle of the sovereignty of parliament.

The Liberal Democrats’ current claim – echoed by many others – that there must be a referendum on the outcome of the negotiations with the EU as, perhaps, a means of reversing the 2016 verdict, is a dangerous tactic.

There is obviously the risk that “the people” would again “say no to Europe”, leaving us in a worse state. Jeremy Corbyn’s “old Labour” antipathy towards the EU as a capitalist clique blocking member states’ progress towards socialism makes that a distinct possibility. But of more fundamental import, resorting to a second referendum would confirm the sovereignty, not of the British Parliament, but of referendums.

If parliamentary sovereignty matters, then only Parliament itself can reassert it. That it does not matter very much to many MPs, including ministers, was indicated in recent weeks when they unblushingly proclaimed that “the people have instructed us to leave the EU and that is what we are doing”.

Even before the referendum vote had gone against him, Mr Cameron had thrown overboard the second key principle of parliamentary democracy – the collective responsibility of the cabinet for the decisions of the government.

Instead, he expressly allowed cabinet members to dissent from supporting the government’s decision, and, worse still, allowed them to campaign against the government of which they were still members. This was not on a matter of conscience but on a political issue of the most fundamental importance.

After that referendum vote of no confidence in the government, the only person to resign was Mr Cameron. He was replaced by Ms May, hitherto a Remain supporter. In one pithy phrase – “Brexit is Brexit” – she promptly abandoned her convictions and judgment regarding EU membership, and threw parliamentary sovereignty out the window. Her government since then has confirmed a similar jettisoning of cabinet collective responsibility.

Turmoil inside the Tory party and Labour’s rise in the opinion polls have raised hope that Brexit may be halted if the settlement on offer from the EU turns out to be clearly seen to be detrimental to the UK’s vital interests. But this would have to be a decision of parliament, and that would mean a reawakening among members of both main parties of their responsibility, as MPs, to use their own judgment and not hide behind a referendum.

British politicians have been rather snide in their comments on Ireland and its referendums – “Democracy Irish-style – ask the people, and if you get the wrong answer, tell them to try again”.

The people have spoken and the government accepts their verdict

They should look more closely and perhaps learn something from Ireland.

After the government signed the Lisbon Treaty in 2008, it was ratified by the Dáil, with all major parties supporting. Then, in the referendum required by the Constitution, the Treaty was rejected. The taoiseach told the Dáil: “The people have spoken and the government accepts their verdict.” But he went on to say: “It is for the government to manage the political situation that results, both at home and internationally.”

This was no “Brexit means Brexit” equivalent. It was an assertion of the primacy of the government in parliament. What Mr Cowen did not say, unlike Ms May, was that he would now undertake to implement the decision of the people.

The government could have resigned, but any government formed by other parties in the Dáil would have been made up of supporters of the treaty. Even if the president had agreed to dissolve the Dáil, a new Dáil would have still had a majority for Lisbon.

Given that the treaty could be ratified only by referendum, the sensible thing to do was to negotiate some additional declarations to the treaty which could be put to another referendum. This the government duly did, and the second referendum in October reversed the first.

Ms May, or her successor, could look at the outcome of the divorce proceedings with Brussels, adjudge it detrimental to the UK’s national interests, and ask parliament to reverse Brexit and call the whole thing off.

She, or he, would not be obliged to have a referendum. Even so, he, or she, could take a risk and invite the people to endorse parliament’s decision, and hope that the British people, like the Irish, get it right in the end.

Dennis Kennedy is a former deputy editor of The Irish Times

4 With fees on the rise, is it time to switch current account?