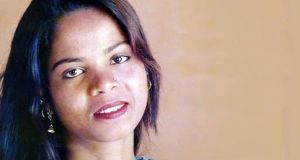 At least 45 children died in the bombings in Sri Lanka. Some of them were first communicants and some were recently baptised babies. Were they murdered because they were Christians or because they were symbols of a hated western civilisation? After all, people staying in hotels or working there were also killed.

The irony is that it is very likely that for the Islamic radicals who carried out the attacks there is no difference between Christians and western individualised liberalism, whereas for western progressives, Christianity is often viewed as an embarrassing leftover from a less enlightened time.

So Christians being persecuted are caught in a kind of double bind – in danger from their own state or fellow citizens but less likely to receive whole-hearted support from the West as a persecuted minority. Christians are by far the most persecuted religion worldwide, from Coptic Christians in Egypt to Pentecostalists in China, to Catholics in Sri Lanka. Eleven Christians die every dayfor their faith.

Christians are by far the most persecuted religion worldwide.  Eleven Christians die every day for their faith

This is not to say that Christians are always blameless in areas of conflict or have not been guilty either historically or currently of persecuting others. Nor is it always clear whether being Christian is the major factor or whether ethnic and political factors are just as important. And it is emphatically true that Christians have no monopoly on persecution.

For example, China has, in recent years, stepped up persecution of Christians. According to Human Rights Watch last December, Chinese “authorities have demolished hundreds of Christian churches or crosses on top of churches, evicted congregations, confiscated Bibles and other church materials, and installed surveillance cameras in the churches allowed to function”. Thousands of Christians have been imprisoned and tortured. But China is also subjecting Turkic and Uighur Muslims in Xinjiang to so-called cultural education which is better described as increasingly pervasive control and surveillance, mass detention, torture and murder.

There are a number of factors underlying the reluctance to acknowledge Christian persecution, including overuse of the term to describe what amounts to political marginalisation for Christians in the West.

Aside from 85-year-old Fr Jacques Hamel, whose throat was cut as he celebrated Mass, few European Christians have had to face what persecuted Christians in the Middle East, Asia and Africa experience or indeed, what the 50 Muslims who died in Christchurch suffered.

The fact that despised right-wing parties often ally themselves with persecuted Christians also means that the mainstream wants even less to acknowledge that there is a problem.

People also rightly worry about the impact of Islamophobia on the non-radical Muslim majority, especially because other Muslims are the ones who are most often the victims of radical Islamists. However, in practice, for some progressives, this has morphed into an intellectually incoherent reluctance to worry to the same degree about persecuted Christians.

The final problem is the cultural trope that religion of any kind is a source of conflict and the world would be better off without any religion at all. (This is astonishingly naive, given that the two leaders responsible for the most mass deaths of their own citizens, Mao and Stalin, were motivated by ideologies that had nothing to do with religion other than fervently embracing the repression of it.)

The sad thing is that it appears that tentative alliances had grown between Muslims and Christians in Sri Lanka, as both were viewed with suspicion by the Sinhalese Buddhist majority. If anything, Muslims, particularly Pakistani refugees, were more subject to persecution there. The Muslim Council had repeatedly reported Zaharan Hashim, one of the ringleaders in the Easter Sunday bombing, for radical preaching and hate speech.

Now, the easily identifiable Pakistani Muslims are living in fear and some Muslims were even told to stay away from the funerals of the bombing victims because feelings were running so high.

Shahzad Masih and his wife Shama Bibi were savagely beaten when Shama was five months pregnant, and then burnt in a brick kiln in front of their other children

Elsewhere, the case of a Pakistani Christian, Asia Bibi, is instructive. She spent eight years on death row for a crime of blasphemy which she did not commit. When she was released, riots ensued and she is still in fear of being murdered.

She has been prevented from leaving Pakistan ever since her release last November. You could almost see the skid marks as European countries, including Ireland, backed away from offering her refuge.

Only Canada is willing to take her in and Imran Khan, Pakistan’s prime minister, described yet another delay as “a little bit of a complication” and that Bibi would leave within weeks. Time will tell. Human Rights Watch states there are at least 17 others on death row in Pakistan, and 19 serving life sentences, mostly members of religious minorities.

But at least 60 people have been murdered due to blasphemy allegations, including a Christian couple – Shahzad Masih (26) and his wife Shama Bibi (24) – who were savagely beaten when Shama was five months pregnant, and then burnt in a brick kiln in front of their other children.

Christians have no desire to be top of some league table of victimhood, but they deserve the same level of support as any persecuted minority.

1 ‘It was pitch black’ - Rescued teenager describes night afloat with her cousin in Galway Bay
2 Conor Pope’s staycation diary: ‘It’s like I’m staring at a Polaroid of my childhood holidays’
3 Irish team wins international competition with dementia app
4 Aaron Brady, the man who said with pride he was a cop killer
5 Garda killer Aaron Brady will be almost 60 by time he leaves prison
Real news has value SUBSCRIBE