Breda O’Brien: Ireland should not aspire to providing legalised killing

So long as the safety valve of abortion is there, we never have to take seriously the issue of providing real alternatives. 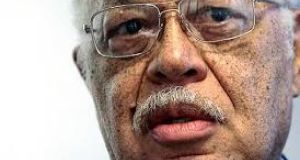 Everyone in the abortion industry wants to paint Gosnell as a monster, but while he is a very strange and disturbed individual, in one respect he is identical to abortion advocates everywhere – his reasoning.

Ann McElhinney and Phelim McAleer wrote recently in this newspaper about the impact the trial of Dr Kermit Gosnell had on pro-choice journalists, who heard for the first time during his trial just exactly what is involved in legal abortions.

Dr Kermit Gosnell carried out illegal abortions, and also murdered babies born alive after abortions by jabbing a surgical scissors into their necks and severing their spinal cords.

Legal abortionists were brought forward as witnesses in the trial, and confirmed that sometimes babies do survive abortions, and that they are offered “comfort care”. In other words, they are wrapped in a blanket and left to die.

McElhinney and McAleer mention pro-choice journalists had to check if they were hearing correctly – it is legal to let babies born alive just die?

On this side of the Atlantic, we know that in one year alone in Britain, there were 66 such incidents. The details are on page 28 of the Cemach Perinatal Mortality 2007 report.

The average time of survival was about an hour, with some babies surviving for 10 hours and 15 minutes.

In anyone’s terms, this constitutes torture, so in the world we once lived in, where Amnesty was about light in the darkness, we could expect Amnesty to protest against this outrageous treatment of tiny, vulnerable babies.

Steve Volk, who writes for Philadelphia magazine, is one of the journalists who could not quite believe what he was hearing about legal abortion.

Volk describes himself before the trial as “comfortably pro-choice . . . But covering the Gosnell trial provoked a new unease”.

He came to the conclusion late-term abortions are simply brutal. He cites two jurors at the trial who now believe abortions should not be performed after the beginning of the second trimester, that is, 12 weeks after conception.

Descriptions of early abortions, where the foetus is extracted piece by piece, and late abortions where a lethal injection to the heart kills the foetus before delivery, changed her mind.

Volk wrote an ebook about Gosnell, called Gosnell’s Babies. One of the things he found most disturbing was that Gosnell, who ran a filthy facility using unlicensed physicians, where women died after botched abortions, was in many ways a warm, likeable human being.

He told Volk he decided to cut the spinal cords of babies born alive was because he had seen a movie called The Silent Scream, which shows a foetus at an early stage of development evading the suction device that will end its life during an abortion.

When the suction device finally locks on, the foetus’s mouth opens, in what was termed “a silent scream”.

Gosnell was disturbed, and arranged that during the next few abortions that he performed, that the ultrasound screen be filmed.

In each early abortion, he saw exactly the same thing.

It affected him deeply, but instead of causing him to question abortion, later on, in very late abortions, when a child was born alive he would end his or her life by “snipping“ the spinal cord.

Gosnell explained to Volk he was a Christian, and did not regret performing abortions, because for him, the loss of “the woman’s potentials” was the greater crime.

Everyone in the abortion industry wants to paint Gosnell as a monster, but while he is a very strange and disturbed individual, in one respect he is identical to abortion advocates everywhere – his reasoning. He believes the woman’s potential losses outweigh the rights of the next generation.

But there is another phenomenal loss we never look at, which is the loss of solidarity and compassion.

Gosnell dealt with poor, desperate women, willing to go through an abortion in horrific conditions, because they felt they had no other choice.

So long as the safety valve of abortion is there, we never have to take seriously the issue of providing real alternatives. What would a world without abortion look like?

It would have to be a place where individuals are not left with sanitised, surgical violence as their only alternative in a crisis.

1 Maternity leave during lockdown has its advantages