Tolerance is increasing in many areas of Irish life, we need to embrace neuro-diversity too 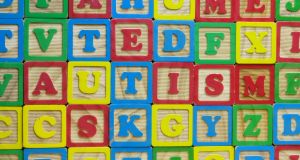 Typically, a person with autism has persistent problems with social communication and interaction across multiple settings. Photograph: Getty Images/iStockphoto

Autism should be an issue in this election, but not because one candidate called another one “autistic” and then apologised. Everyone says the wrong words from time to time and apologising is a strength – as is accepting an apology. That matter is now closed.

No, autism should be an election issue because autism or, to use the more recent term, “autism spectrum disorder”, is still poorly understood in Ireland and better services are urgently needed, especially in our education system.

Autism is a “neuro-developmental” condition, which means that it is rooted in a particular pattern of nervous system development that differs from the usual pattern. Its causes are not fully known.

Typically, a person with autism has persistent problems with social communication and interaction across multiple settings. This might manifest as poor social reciprocity, so that the person struggles with social cues and expected responses.

People with autism also tend to have restricted or repetitive patterns of behaviour, activities or interests. There can be an insistence on sameness to an unusual degree and a range of other issues in relation to social imagination, social interaction and sensory processing.

For a diagnosis of autism, these symptoms are usually present in the early developmental period, although they may be masked for many years. There is often significant impairment in social and occupational function.

In practice, the clinical picture of autism varies enormously. Some people are severely affected and require specialist treatment, extensive support and educational intervention from an early age. Other people demonstrate some but not all of the features of condition, and yet others have outstanding strengths or abilities, as was famously demonstrated in the 1998 film Rain Man.

In light of these varied features of autism, and the fact that many people with autism are very high functioning, the diagnosis of “Asperger syndrome” or “high-functioning autism” emerged. This condition involves difficulties with social interaction similar to those seen in autism, but with no disturbance of language or cognitive development, apart from a narrowing of focus. Intelligence levels are normal or high.

More recently still, the broader concept of “autism spectrum disorder” emerged, with severe autism at one end and higher-functioning autism such as Asperger’s at the other.

The expansion of the diagnosis of autism into a full spectrum of conditions has both positive and negative consequences.

Irish society is poorly tolerant of neuro-diversity. This needs to change. Tolerance is increasing in many other areas of Irish life. We need to embrace neuro-diversity too

On the positive side, it helps many people with features of autism by letting them know that other people have these challenges too. In other words, they are not alone. This facilitates peer support, greater understanding and a valuable sense of connection. The website of AsIAm.ie provides information and support for the autism community in Ireland.

On the negative side, the ubiquity of the terms “autism” and “on the spectrum” in everyday conversation inevitably leads to overuse.

In addition, many people on the autism spectrum hold the very reasonable position that they do not have a “disorder” at all. They feel that they are simply neuro-developmentally different from some other people, with a different mix of strengths and weaknesses. They do not regard themselves as “disordered” and they urge others to accept their neuro-diversity.

They are right. Irish society, like most societies, is poorly tolerant of neuro-diversity. This needs to change. Tolerance is increasing in many other areas of Irish life. We need to embrace neuro-diversity too.

All of this brings us to the central issue of what a diagnosis of “autism spectrum disorder” actually means, given that the diagnosis is based on clusters of symptoms or problems experienced rather than biological tests: there are no scans or blood tests to determine if someone is “on the spectrum”.

The key question is this: if a person has some of the features of autism spectrum disorder, does a diagnosis lead us to a management plan that will be helpful for this person? Does it help with self-understanding? Or is it just labelling?

In the case of children, there are clear reasons for early diagnosis. Intensive behavioural treatment can help greatly with communication and cognitive skills, as well as rewarding appropriate behaviour and discouraging inappropriate behaviour (“applied behaviour analysis”). The Health Service Executive website helpfully explains this and a range of other approaches including TEACCH, an educational intervention that emphasises structured learning with visual prompts. Speech and language therapy is also important, and sometimes medications are used for specific problems.

For all these interventions, it is important that all areas affected by autism are addressed: communication skills, social interaction skills, cognitive skills and academic skills.

Unfortunately, a 2012 national review of autism services pointed to significant differences in service levels across Ireland. And The Irish Times recently reported that, in the current academic year, there are almost 500 children with special needs in receipt of home tuition because there are no suitable school places for them.

The expansion of the diagnosis of autism into the “autism spectrum” should not detract from the urgent needs of people at the severe end of the spectrum. While some people “on the spectrum” are very highly functioning, others need a lot of support in order to achieve their potential.

And that is why autism should be an issue in this election.

Brendan Kelly is professor of psychiatry at Trinity College Dublin