Arsène Wenger can teach us all a lesson in decency 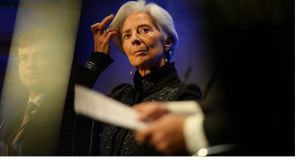 Arsenal manager Arsène Wenger will have a broad smile on his face this morning as he savours the form of the nonpareil Mesut Özil. If Özil stays fit, Arsenal will win the English Premier League.

The Gunners’ manager may also have an underlying thin smile when he considers another European player with form – International Monetary Fund chief Christine Lagarde.

Lagarde was indicted earlier this month for involvement in an allegedly improper multimillion-euro payment to tycoon Bernard Tapie. Wenger and Arsenal first-team coach Boro Primorac have cause to remember Tapie.

Lagarde stands accused of “negligence by a person in a position of public authority”. The charge refers to an award of €400 million to Tapie in 2008 in compensation for the partly state-owned Crédit Lyonnais having, he claimed, deliberately underestimated the value of his shareholding in Adidas. Tapie had agreed in 1993 to divest himself of his majority stake in the sports goods company so as to avoid appearance of conflict of interest as he joined the Socialist Party government of François Mitterrand.

A consortium including Crédit Lyonnais which bought Tapie’s shares for €315.5 million sold them a year later for €701 million.

Tapie pursued his case through the French courts until 2007 when Lagarde, minister for finance in the new government of Nicolas Sarkozy, appointed a three-person arbitration panel to look into the affair. The panel recommended the €400 million payment.

Just days before the 2007 poll, Tapie, switching sides from the socialists, had donated €1 million to the campaign of the Union for a Popular Movement which was to carry Sarkozy to the Élysée Palace. One of his new finance minister’s first actions was to take the Tapie case away from the courts and refer it to the panel appointed by herself. It was this decision and the settlement which followed which the Cour de Justice de la République has deemed unlawful.

Back in 1993, Tapie was sole owner of Marseille football club which had just won Ligue 1 five times in a row, on two occasions just pipping Monaco, managed at the time by Wenger. Wenger hadn’t concealed his suspicions about the ethical basis of Marseille’s success.

Marseille clinched its fifth successive title with a victory over Valenciennes on the last day of the 1992-’93 season. Valenciennes’ manager, former Yugoslavia captain Boro Primorac, formally complained that Marseille officials had offered bribes to three of his players to throw the game. A police investigation found that Tapie had been buying matches for years. Marseille was relegated for two seasons. Tapie was to serve six months of an 18-month sentence. But Primorac faced a torrent of hostility and was effectively frozen out of French football.

In 1994, Wenger left Monaco for Nagoya Grampus Eight in Japan. He made it a condition that Primorac come with him as assistant manager. Two years later, Wenger was appointed Arsenal manager. Again, Primorac joined him. Twenty years later, the Bosnian continues as Arsenal’s first-team coach. He never gives interviews. The club fanzine, Vital Arsenal, refers to him affectionately as “our own invisible man”.

We live in desperate times. The gap between the rich and the wretched has never been so great. The richest of all operate in a murky region beyond the reach of regulation. Global institutions which we are instructed to look up to have been brought into being to give their rule a sickly sheen. Profit is their only law-giver. Every aspect of art and popular culture is bent to serve their interests. This, not the individual deficiencies of Fifa bosses, is the source of football’s ills.

Against a background of major clubs paying non-triers up to a million a month, endless hoopla and hype around the aptly-titled transfer market, phoney melodrama on the managerial merry-go-round, venerable clubs used as money-laundering operations by oligarchs bearing stolen billions, and much else along the same depressing lines, Wenger and Primorac stand out as beacons of integrity, indomitable true believers in the spirit of the game. They have that very, very rare thing in top-flight football – ordinary decency. They are among the handful who allow the rest of us to keep the faith.

All true lovers of football want this to be Arsenal’s year.