A new direction of travel for the UK and Ireland 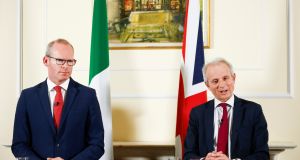 In 1952, Denmark, Sweden, Norway and Finland agreed passport-free travel between their countries. They added the rights to reside and work in 1954 and to claim social security the following year. In 1957, they formalised this in a treaty creating the Nordic Passport Union, with a common external immigration frontier. In 1962, an associated treaty was signed for political co-operation via the Nordic Council. Iceland joined in 1966. A customs union, defence union and single market were discussed.

The rise of wider European integration eventually caused the project to lose focus. However, the Nordic Passport Union remains a significant and valued connection between its members. They have maintained it through the complications and redundancies arising from their various partial overlaps with the European Union’s single market, customs union and passport-free Schengen zone. I will spare you a description of where the Faroe Islands fit into this, as that really requires a Venn diagram.

Contrast the hopes vested in the Nordic project, at least in its early years, with the shrug that greeted last week’s memorandum between the British and Irish governments to formalise the Common Travel Area (CTA), following two years of joint work.

Tánaiste Simon Coveney and David Lidington, the UK’s de facto deputy prime minister, pledged to create statutory rights for each other’s citizens to move freely, reside, work and study, and also to claim benefits, pensions and healthcare. Coveney referenced the implication of a common immigration policy and both governments guaranteed all rights and freedoms against any Brexit outcome.

These are extraordinarily intimate connections. If any other two countries were embarking on such a project from scratch there would be excitable comparisons not just with the Nordic Passport Union but with the Benelux treaties to create an economic union of Belgium, the Netherlands and Holland, or even with the founding of the EU itself.

Co-operation on this scale always has a vision, explicit or implicit, of forward momentum. It develops institutions, such as the Nordic Council, that naturally seek to expand their role.

We may believe the new CTA project is different or mundane because it merely seeks to formalise a century of convention, the purpose of which was not ‘ever closer union’ but smoothing the end of the union of the United Kingdom, through a patchwork of casual understandings.

Brexit has made that approach too complicated to be sustainable. Coveney and Lidington both said the goal of formalisation is that “nothing will change” – the CTA as it is currently assumed to operate will now be chiselled in legal stone.

However, that is also unsustainable.

First, the assumptions of the CTA must be examined and made fit for legislation. That alone will mean change, as problems and inconsistencies for so long left to the whims of officialdom are confronted. For example, how should British and Irish citizens identity themselves in transit and in each other’s countries? Will they access public services as equals or as favoured foreigners? Will those favours have limitations?

Next, this formalised CTA must somehow not change as the world around it keeps changing. After Brexit, if it happens, the UK might pursue distinct new policies on immigration and free movement of EU citizens. Ireland might reconsider its relationship with Schengen. The CTA will have to be adapted to cope.

From adaptation will come momentum. As with the Nordic Passport Union, there will be a requirement for regular matching legislation in each country, culminating in occasional landmark treaties. Awareness of CTA entitlements among the public will grow, and will have to be promoted, as residency checks look set to become a routine part of dealings with the British and Irish states. Compatible identity cards may have to be introduced, as both governments proposed a decade ago.

Sitting in the middle of the CTA’s Venn diagram is Northern Ireland, where British and Irish citizenship overlaps.

Coveney claimed last week the CTA “underpins the [Belfast] Good Friday Agreement in all its parts.”

This is as exaggerated as as claims that Brexit undermines the agreement, but the fact so many people believe otherwise shows political momentum at work. That will continue as Brexit and the agreement inevitably throw up more complications the CTA will now be expected to accommodate.

London and Dublin recently promised to address citizenship and immigration concerns around the Belfast Agreement, raised by the Emma De Souza case. Those concerns can hardly be resolved without reference to a formalised CTA.

Coveney and Lidington made last week’s announcement at a meeting of the British-Irish Intergovernmental Conference, the main east-west institution of the Belfast Agreement, whose remit is “to promote bilateral co-operation at all levels on all matters of mutual interest”.

Were they recognising the conference as the CTA’s executive institution, equivalent to the Nordic Council of Ministers?

It would be facile to suggest the UK and Ireland are building another union. But the very act of nailing down something as amorphous and important as the CTA will take on a life of its own.