A blessing, not a burden – An Irishwoman’s Diary on rejecting ageist stereotypes 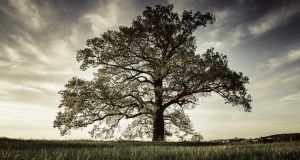 “Our lives have value, no matter what age we are, and my uncle showed me that casual ageism is a thoughtless embarrassment.” Photograph: Getty Images

There are so many reasons to admire the recent astonishing achievements of “Captain Tom” Moore, who raised £32.5 million (€36.5 million) for Britain’s National Health Service charities by walking 100 laps of his English garden. For me, one in particular stands out: that he did this on the cusp of his 100th birthday.

What Captain Tom achieved in solid hard cash for charity is truly staggering.

But what he demonstrated by osmosis is just as important: that older people can remain the thoughtful, ambitious, and driven persons they always were.

They do not, in fact, undergo a massive personality change once retirement age arrives, and they become less visible in society.

Lately, I saw a reporter refer to a person in their late sixties as “elderly”, and I genuinely wondered what adjective he would have bestowed upon my late uncle, who was 96 when he died. “Prehistoric?” a friend suggested, when I texted her to vent my crossness.

My late uncle, Gerald Bruen, was already close to retirement when I was born, but I never thought of him as old.

He was simply Uncle Gerry; the chef uncle who introduced me to new tastes, like soused herrings and olives and strong cheese; who knew the names of all the song birds; who picked up driftwood and shells from the beach and made me look properly at them.

As a small girl, I followed him around like a duckling, and as an adult, there were few others whose company I enjoyed more. He was interested in everything: art, philosophy, politics, design, nature. He was warm. He was funny. He was kind.

As he grew older, he became gradually more frail, but he was exactly the same person. He and my aunt moved to rural Ireland, and I took to occasionally posting him things from Dublin I thought he would like. On the phone once, he mentioned how much he was longing for watercress. I found some in a Dublin grocer and posted it to him that day. Watercress is a fragile green even at its freshest, but if it was inedible on arrival, he never said. He just called me up and thanked me instead.

Visiting them on another occasion, he admired my Doc Marten boots. I explained the “Air Wear” soles to him, and he was so delighted with the concept that I bought him a pair for Christmas. He wore them, too. He was probably 80 by then. He still loved to drink red wine, and eat good food, and discuss all sorts of things, and put on one of his tweed jackets. He fed the many birds that gloried in their wild and verdant garden. He worked in his studio well into his nineties. It honestly never occurred to me he would stop doing any of these things, or be less interested in anything, just because he was getting older.

He was lucky, of course. He remained healthy, and mobile, and clear in his mind. We all know age can exhort different physical and mental tolls on people. These are unavoidable tolls, unlike those that an ageist society routinely confers on “senior citizens”, just for existing. Our lives have value, no matter what age we are, and my uncle showed me that casual ageism is a thoughtless embarrassment; so much so that I found myself texting my friend in vexation late at night about the “elderly” comment I saw on Twitter.

My uncle Gerry did not walk 100 laps of his garden for charity like Captain Tom before he was 100. He did, however, drive a round-trip of 50 kilometres on icy roads one December, a fortnight short of his 93rd birthday. I was visiting, and had taken my aunt out shopping. Was there anything he wanted, I asked my uncle, before we left. No, he said.

My aunt and I did our shopping, and then had lunch. By the time we returned, we discovered to our astonishment that my uncle had been and gone alone to a different town to the one we had gone to: a round-trip of over 50 kilometres, on slippery roads. He had had one errand. On the kitchen table was a bottle of champagne. It was my Christmas gift, and he wanted to buy it himself, so I would be surprised.

Uncle Gerry gave me more than champagne that day. He gave me yet again, as Captain Tom has now done for millions of people, an understanding that the aging process does not dissolve the individuals we have been; the individuals that we remain.

1 The far right rises: Its growth as a political force in Ireland
2 Mike Murphy: ‘I won’t do another over-70s lockdown’
3 Prof Sam McConkey: This is the beginning of the second Covid-19 wave in Ireland
4 Blanchardstown, Tallaght top table for highest Covid-19 rates
5 Coronavirus: Public health experts considered moving Dublin to Level 4
Real news has value SUBSCRIBE