James Holmes had been having homicidal thoughts, new documents show 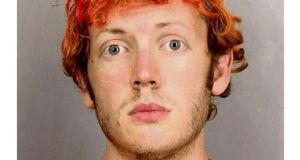 A psychiatrist at the University of Colorado was so concerned about James Holmes that she contacted campus police.

A month before James Holmes was accused of carrying out a mass shooting in a Colorado movie theater, his university psychiatrist reported that Holmes had been having homicidal thoughts and was harassing her in emails and text messages, according to documents released yesterday.

The trove of search warrants unsealed more than eight months after the shooting brought to light some new details of Mr Holmes' arrest, the arsenal he had assembled and the apartment he wired with explosive booby traps.

When the police were able to defuse the traps and search his apartment, they found ammunition and explosives, role-playing computer games and a Batman mask, according to the documents. They also found more than 40 bottles and cans of beer, two bottles of rum and whiskey, and medications that included sedatives and antidepressants.

Mr Holmes had been a neuroscience student at the University of Colorado Denver, but by June he had effectively dropped out of his graduate program. After meeting with Mr Holmes in June, the university psychiatrist, Lynne Fenton, was so concerned that she contacted the campus police about her worries, according to the documents.

Holmes (25), is accused of killing 12 people and wounding scores more during a July 20th midnight premiere of The Dark Knight Rises. He was arrested just outside the theater, dressed in black combat gear. When officers asked him whether anyone else was with him, he replied, according to the newly released documents, "It is just me".