Trump and Clinton fail to convince, and Florida senator Rubio is one to watch 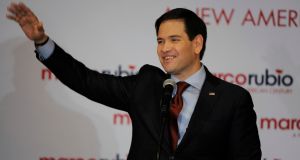 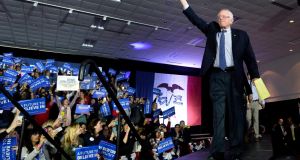 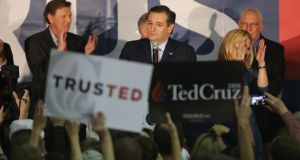 Donald Trump is a loser. He won’t like being called that but he is, missing out in Iowa’s caucuses, the crucial first vote in the Republican presidential race, to conservative firebrand Ted Cruz, a Texas senator.

The other loser on the night, even though she narrowly won, was Hillary Clinton, the woman at the head of a powerful and heavily-funded juggernaut whose journey to the Democratic presidential nomination has been hit by an unexpected obstacle: a septuagenarian socialist backbencher from the US Senate. She eked out a win, beating Vermont’s Bernie Sanders by just one fifth of a point. It will be seen as a pyrrhic victory, bloodying her for the next state contests.

Sanders was one of the two biggest winners on the night. Written off as a gadfly at the start, eight months ago, the avuncular Sanders, with his flinty personality and gruff demeanour, has confounded the Washington punditry by actually giving Clinton a run for her money.

It doesn’t look like being a re-run of the 2008 election when Barack Obama’s win in the Hawkeye State started the demise of Clinton’s first bid, but it wasn’t the convincing win that the one-time presumptive nominee needed. The Democratic Party had cleared the field for her and bestowed endorsements upon her, yet still she could not win convincingly in the first test of her second presidential bid.

“I think the people of Iowa have sent a very profound message to the political establishment, to the economic establishment and, by the way, to the media establishment,” said the Vermont senator.

“That is, given the enormous crises facing our country, it is just too late for establishment politics and establishment economics.”

Hours before her campaign team and official Democrat tallies confirmed her marginal victory, Clinton suggested she was the winner when she addressed supporters in a defiant caucus party speech at one of Iowa’s universities where Sanders’s populist progressive campaign has started his prairie fire among frustrated young liberals.

“As I stand here tonight breathing a big sigh of relief – thank you, Iowa!” she said, joined on stage by her husband Bill Clinton, the former president, and her daughter, Chelsea.

The sigh may not just have been one of relief, but of trepidation. She goes next to New Hampshire where Sanders has an advantage with voters next to his home state of Vermont. He leads her by almost 20 percentage points in the Granite State.

Sanders wasted no time in pushing ahead, delivering a stump speech on the back of a pick-up truck after he landed in the early hours of Tuesday morning in New Hampshire, which votes on February 9th. He has “absolutely” clocked Iowa as a victory, he said.

“But tonight, here in Iowa, the people of this great state have sent a very clear message: after seven years of Barack Obama, we are not waiting any longer to take our country back.”

Given the outsized influence of conservatives and the Christian right in Iowa and how the state hasn’t picked the eventual Republican nominee for 16 years, the second and third- place berths are closely watched, and Rubio’s finish has definitely made him the one to watch.

Iowa has also given Rubio another advantage, by the probability that it will winnow the field of 12 candidates to just three.

Between them, Trump, Cruz and Rubio shared 75 per cent of the Republican vote, setting the primary on course for a clear three-horse race.

Rubio will enjoy a burst of momentum from Iowa. He has been further helped by the endorsement of senator Tim Scott of South Carolina, the third nominating state. Scott is a popular figure in the state with both moderates and conservatives, factions that Rubio will have a better chance of uniting than Trump or Cruz.

Trump, the loser, despite his love for winning, managed a rare moment of grace and brevity when he thanked Iowans for their support, telling his supporters he was “honoured” by coming second.