Father of gunman who killed six speaks of living nightmare 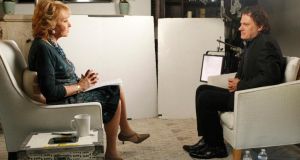 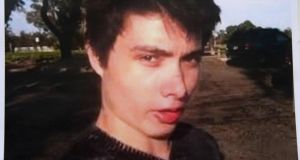 The father of student Elliot Rodger, who murdered six people and injured 13 others in a mass killing in California last month, said that his son had never previously shown violent tendencies.

Speaking publicly for the first since his son went on his rampage in the college town of Isla Vista near Santa Barbara, British filmmaker Peter Rodger said he did not think his son was capable of committing such violence and that he never thought Elliot “could hurt a flea”.

“We didn’t see this coming at all,” he told ABC News.

In an interview with recently retired journalist Barbara Walters broadcast last night, Mr Rodger said: “Every night I go to sleep, I wake up and I think of those young men and young women that have died and are injured and were terrorised when my son did that. My son caused so much pain and suffering for many families.”

Elliot Rodger posted a video on online broadcaster YouTube talking about seeking retribution against girls who were “repulsed” by him before embarking on his killing spree on the night of May 23rd.

He stabbed his two roommates and a visiting friend in an apartment near the campus of the University of California, Santa Barbara before driving through the Isla Vista neighbourhood, shooting bystanders at random and ramming students in his black BMW. He later killed himself with a gunshot to the head.

Mr Rodger, an assistant director on the film blockbuster The Hunger Games, told Walters that he was living a “reverse nightmare” because of his son’s actions.

“When you go to sleep normally, you have a nightmare and you wake up and, ‘Oh, everything’s okay’,” he said.

“Now I go to sleep, I might have a nice dream, and then I wake up and it’s, slowly, the truth of what happened dawns on me. And you know, that is that my son was a mass murderer.”

Mr Rodger met Richard Martinez, whose son was killed in the May 23rd shootings, in private in Santa Barbara at the start of this month.

“I have met with Peter Rodger and we plan to work together so other families such as ours will not suffer as ours have,” Mr Martinez said. “This was a private conversation between grieving fathers who have reached common ground.”

Mr Martinez has become an outspoken critic of American gun laws since his son’s murder, branding the country’s politicians as “gutless bastards” for failing to tighten gun controls and blaming them for his son’s death.

The powerful US gun lobby have regularly cited the government’s failure to tackle mental health issues and enforce existing firearms controls as the reason for America’s never-ending gun massacres.