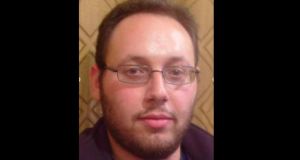 US journalist Steven Sotloff was murderered by Islamic State in 2014. File photograph: The Daily Caller/Reuters

The family of journalist Steven Sotloff is suing Syria in a US court, claiming the government of president Bashar al-Assad provided support to Islamic State militants who carried out his beheading.

The lawsuit filed in federal court in Washington seeks tens of millions in damages from Syria for Mr Sotloff’s 2014 killing. It is far from certain if Mr Sotloff’s South Florida-based family would be able to collect the money if they win the case.

Mr Sotloff was kidnapped in August 2013 after crossing into Syria from Turkey, according to the lawsuit. He was killed on September 2nd, 2014, and a video was distributed documenting his death.

The lawsuit contends Syria is liable because it provided financial, material and military support to the Islamic State. Syria has not yet answered the lawsuit.