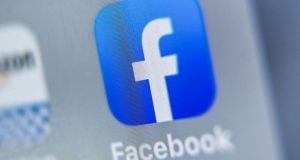 Facebook CEO Mark Zuckerberg is the world’s fifth-richest individual and the most public face of Big Tech.

Social media company Facebook is facing a slew of legal actions as the top United States regulator and close to 50 states called for the tech giant to be broken up.

The commission accused Facebook of “illegally maintaining its personal social networking monopoly through a years-long course of anticompetitive conduct”.

In particular, the plaintiffs argue that Facebook’s purchase of Instagram in 2012 and WhatsApp two years later killed off competition.

In a statement, Facebook noted that the acquisitions were approved by the commission at the time. “The government now wants a do-over with no regard for the impact that precedent would have on the broader business community or the people who choose our products every day.”

Facebook and other social media giants have come under increased scrutiny in recent years in Washington. The US had traditionally taken a more relaxed attitude to tech regulation compared to the European Union which had led the charge on regulating tech companies, sparking tensions between former president Barack Obama and EU leaders.

But following the 2016 election, concern about both the market dominance and regulation of social media companies increased, both on the Democratic and Republican side of the aisle. US president Donald Trump, whose tweets and posts have been censored by tech companies in recent months, has called for the abolition of Section 230, a law which shields platforms from being liable for the content posted by users.

Incoming president Joe Biden is also likely to take a more aggressive approach towards Silicon Valley than the Obama administration, despite the sector’s outsized role in the US stock market where the strong performance of tech companies has driven record gains in recent months.

New York’s attorney general Letitia Taylor, who is leading the multi-state action, accused Facebook of putting “profits ahead of consumers’ welfare and privacy.”

“For nearly a decade, Facebook has used its dominance and monopoly power to crush smaller rivals and snuff out competition, all at the expense of everyday users.”

The new investigations come two months after a similar FTC probe against Google, though that action did not call for the company to be broken up.