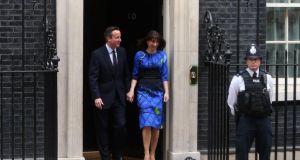 Denis Staunton, Paddy Smyth, and Mark Hennessy of The Irish Times discuss the outcome of the British general election and the impact in Britain, Northern Ireland and the Republic.

They are joined by Alex Massie, commentator and writer for The Specator, The Irish Times and more. “This is the most remarkable election result since the 1918 result in Ireland”, said Massie. He said it was the “beginning of five years of torment” for David Cameron from within his party. “ We need a new set of meteorological terminology. Words like tsunami and avalanche won’t do” Listen to today’s podcast here.