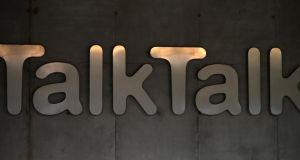 Detectives from the Metropolitan Police Cyber Crime Unit carried out a search in the Feltham area outside London and arrested a 16-year-old boy in connection with the TalkTalk data security breach. Photograph: Carl Court/Getty Images

Police in London have arrested a second teenage boy in connection with the investigation into the Talk Talk data theft security breach.

On Thursday detectives from the Metropolitan Police Cyber Crime Unit carried out a search in the Feltham area outside London and arrested a 16-year-old boy on suspicion of Computer Misuse Act offences.

He has now been bailed.

Officers have also searched a residential address in Liverpool.

The first arrest made by officers investigating the alleged theft of TalkTalk customers personal details was a 15-year-old from Co Antrim on Monday.

The teenager from Ballymena was bailed to a date in November after he was questioned by officers from the Police Service of Northern Ireland (PSNI) working with detectives from the Met’s Cyber Crime Unit and the British National Crime Agency.