Mother forced daughter to get pregnant through artificial insemination 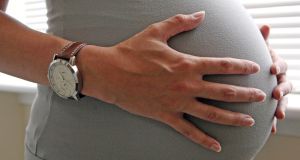 A mother who persuaded her adopted teenage daughter to become pregnant by artificial insemination because she wanted a baby for herself has been jailed for five years in Britain, in a case that raises concern over how easily donor sperm can be obtained.

Previously secret court documents showed that the daughter, a virgin, was made to inseminate herself alone in her bedroom seven times over a two-year period starting in 2008 when she was 14, using syringes of semen bought online by the mother from sperm bank Cryos in Denmark.

She eventually became pregnant at 16 and gave birth at 17. The extraordinary circumstances of her pregnancy came to light after midwives became suspicious of the mother because she was trying to prevent her daughter from bonding with the new baby.

"We don't want any of that attachment thing," the mother said when a midwife suggested that the girl might want to breastfeed.

After several such incidents the midwives alerted social services and police got involved in July 2011.

In a ruling made in March 2012 but only published now after the conclusion of the mother's criminal trial, Judge Peter Jackson described "an abiding sense of disbelief that a parent could behave in such a wicked and selfish way towards a vulnerable child".

The judge also raised questions about the international trade in donor sperm, noting that "there were no effective checks on a person's ability to obtain sperm from Cryos".

There is no law in Britain to stop someone from buying donor sperm on the Internet and using it at home without supervision. The Human Fertilisation and Embryology Authority (HFEA) said it was "shocked and appalled by this dreadful case" and would be discussing with the department of health the issues raised relating to the donation of sperm.

Described in the judgment as having "an exceptionally forceful personality", the mother wanted to be the sole influence in the lives of her daughters, whom she schooled at home behind drawn curtains and kept isolated from the world.

The mother, who was imprisoned for child cruelty, had three adopted daughters but desperately wanted a fourth and was distraught when authorities told her in 2007 that she would not receive approval for a further adoption.

Instead, she persuaded the eldest of her three daughters to embark on a programme of artificial insemination to provide her with a baby to raise as her own.

The mother wanted the child to be a girl and made her daughter use acid douches containing vinegar or lemon juice in the belief that this would influence an unborn child's gender.

The daughter said she allowed her body to be used by her mother because she loved her. In a Mother's Day card written in 2009, the daughter pasted a photo of a positive pregnancy test and promised that she would give her mother that. Cryos declined to comment on the case or on its procedures.

In a section on home insemination, the sperm bank's website says: "In EU the goods can freely be moved from country to country, however, Cryos cannot know the rules in all countries so the recipient is responsible for the legality of imports."