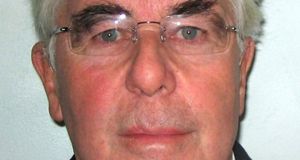 Scotland Yard said a 71-year-old man has been arrested under Operation Yewtree - the Metropolitan Police investigation into sexual abuse claims launched in October 2012 in the wake of the Jimmy Savile scandal.

Detectives have so far spoken to 17 people as part of the Yewtree investigation.

Scotland Yard refused to confirm the identity of the 71-year-old but said: “This is not a new individual to Operation Yewtree. This is not an 18th individual.”

The spokesman said the man has been arrested “under the strand of the investigation we have termed Others”.

He has been interviewed at a police station in Peterborough and inquiries continue.