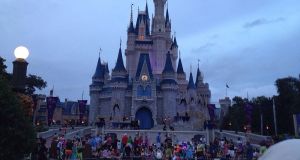 Jon Platt was fined by Isle of Wight Council after he took his family on the holiday, which included a visit to Walt Disney World, without permission from his child’s school. Photograph: Cuauh34/Wikimedia Commons 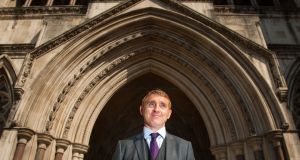 A man who refused to pay a fine for taking his six-year-old daughter out of school for a family trip to Florida has won a ruling in his favour at the UK High Court.

Jon Platt was fined by Isle of Wight council after he took his family on the holiday, which included a visit to Walt Disney World, without permission from his child’s school.

He was originally fined £60. This was then doubled because of his refusal to pay.

The dispute went before Isle of Wight Magistrates’ Court in October when Mr Platt won the case.

But the local authority appealed against the decision at the High Court in London.

On Friday, Lord Justice Lloyd Jones and Ms Justice Kathryn Thirlwall dismissed the council’s challenge, ruling that the magistrates had not “erred in law” when reaching their decision.

After the ruling, Mr Platt said outside court: “I am obviously hugely relieved. I know that there was an awful lot riding on this – not just for me but for hundreds of other parents.”

The magistrates decided Mr Platt had “no case to answer” because no evidence had been produced to prove that his daughter – who is now seven and can only be referred to as M for legal reasons – had failed to attend school “regularly”.

The two High Court judges ruled that the magistrates were entitled to take into account the “wider picture” of the child’s attendance record outside of the dates she was absent during the holiday.

The case came as a survey revealed that families face paying more than double the price for a package holiday as soon as school holidays begin.

Earlier, Mr Platt said the case had cost him £13,000, which he described as “money well spent”.

Taking his daughter out of school was not about the cost but rather the principle that he should not be criminalised for doing so, he said.

A survey by travel money provider FairFX of package holidays for a family of four at a four-star hotel in Tenerife, Majorca, the Costa del Sol and the Algarve found that prices increase by up to 115 per cent compared with the same trip taken two weeks before schools close for the summer.

Mark Jackson, appearing for the local authority, had argued that parents “cannot simply take their children out of school to take them on holiday, or for any other unauthorised reason”.

He argued section 444(1) of the Education Act 1996 stated that if a child failed to attend school regularly the parent was guilty of an offence, subject to certain statutory exceptions which did not include holidays.

The policy of M’s school made it clear that holidays in term time “would not be authorised”, said Mr Jackson.

He argued the magistrates should not simply have asked themselves “had the child attended school regularly” but whether she had attended regularly “during the period identified in the summons – April 13th-21st 2015”.

That was the period when she had been on holiday with her family and her attendance rate was “0 per cent”.

Rejecting the submission, Lord Justice Lloyd Jones said: “I do not consider it is open to an authority to criminalise every unauthorised holiday by the simple device of alleging that there has been no regular attendance in a period limited to the absence on holiday.”

Councillor Jonathan Bacon, leader of Isle of Wight council, said that greater clarity was needed on the meaning of the term “regularly” in the legislation.

He said that the Government guidance had been that “regularly” meant attending every school day, but that the High Court ruling could imply a child could be taken out of school for up to three weeks every year.

He said: “This case was always about seeking clarification on this matter and unfortunately today’s ruling has created massive uncertainty and cast a shadow of doubt over the policies of schools and local authorities across the country.

“The Department for Education had outlined what it considered to be ‘regular’ attendance, which was that children should attend school every day, and it is under that assumption that we acted.

“It is also clear that attendance and educational attainment are intertwined. However, today’s ruling may be taken to imply that parents can take children out of school on holiday for up to three weeks every year.

“This will clearly have a detrimental effect on the education of those children, the rest of their class and their teachers.

“I’m very disappointed about the failure to give clear guidance today. We need to consider the impact of this on the island, but it is clear it will also have an effect across the country.

“We will be pressing the Department for Education to urgently consider creating clear legislation on this matter for the benefit of parents, schools and local authorities alike.”