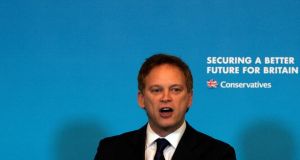 David Cameron has come to the defence of Grant Shapps after the Conservative Party chairman was accused of anonymously editing his own entry and those of other Tory politicians on internet encyclopedia Wikipedia.

The UK prime minister was asked about Mr Shapps and insisted the Welwyn Hatfield MP was doing a “great job”.

Mr Shapps has dismissed the accusations as “bonkers” and alleged that the anonymous “sock puppet” might have been a member of Labour’s press team.

Taking questions after a speech in Bedford, Mr Cameron was asked whether he had “full confidence” in his chairman, and replied: “Grant does a great job. He has made a very clear statement about this and I have got nothing to add to that.”

Mr Shapps has suggested he might be the victim of dirty tricks by Labour after an online account - identified only as “Contribsx” - from which changes were regularly made to his own page was blocked by the site’s administrators.

In a statement on Wikipedia, one of the site’s volunteer “functionaries” said that after an investigation of the Contribsx account he had concluded that it was “either run by” an account named Hackneymarsh, which had previously been linked to Mr Shapps, or “being run under the owner of that account’s clear direction”.

The account was in contravention of rules against creating a fake identity to mislead other editors, so-called “sock puppetry”, the administrator said.

However, the administrator also said: “I can’t say either way that it is Shapps’s account, or run by him.”

The administrator’s finding was challenged by other Wikipedia users, who warned that the site should not be used to “play politics”.

Mr Shapps strongly denied any involvement in making the changes, which removed unfavourable parts of his own biography and inserted unhelpful entries to those of figures such as foreign secretary Philip Hammond and Conservative Party election guru Lynton Crosby.

Some edits to Mr Shapps’s page removed references to his previous career selling “get rich quick” guides on the internet under the pseudonym Michael Green. Most of those affected were said to have been involved in clashes with Mr Shapps before the edits were made.

The Tory chairman said suggestions of his involvement were a “smear” which was “categorically false and defamatory”.

“It is untrue from start to finish, and was quite likely dreamt up by the Labour press office. Sadly, it is typical of the smears coming from those who would rather not debate policy and substance.”

Speaking to the BBC, he added: “This is one of the most bonkers stories I think I have seen during this election campaign. Absolutely, totally without foundation.

“It seems to be based on the word of a single Wikipedia anonymous editor who, for all I know, is a Labour Party apparatchik.”

Mr Shapps said he was writing to Wikipedia over the fact that one anonymous editor was being reported as “speaking as if it’s Wikipedia itself” and “being somebody who is with authority”.

He said he was “satisfied” that the edits did not stem from his office or someone close to him, adding that he had been in a variety of different places at the time the changes were made and therefore could not have made them himself.

Mr Shapps said that since previously finding himself at the centre of controversy over editing his own Wikipedia entry to correct items, “I have never gone near it since”.

Asked when he last looked at it, he said: “Literally months ago. I don’t look at it, I don’t spend time on it.”

Political rivals were quick to make capital from the claims.

Liberal Democrat leader Nick Clegg mocked Mr Shapps, noting the Tory chairman had “fervently denied” involvement and that he “does not have the time to edit his own Wikipedia entry”.

Mr Clegg said: “I’m prepared to believe it. It just could have been someone else - Michael Green, for instance. Boom, boom.”

Liberal Democrats also issued a tongue-in-cheek response from campaign coordinator Lord Paddy Ashdown, which it said had been “edited by Wikipedia user Contribsx”.

“Grant is a wonderful guy - he is a credit to the Conservative Party, a fine sportsman and reads a book a day. We could all learn a lot from him,” it read.

“He has led the Tories with exemplary skill and if, like me, you have been lucky enough to meet him - you know you have been touched by greatness. Quite simply, a colossus.”

A spokesman from Wikimedia UK, the charity that supports Wikipedia, told reporters: “We would welcome any MPs who choose to become editors, and are happy to provide training sessions to anyone who wants to learn.

“However, the Wikipedia project is founded on trust, and anyone who tries to deceive our volunteers and readers in order to further their own ends should think very carefully about the morality of what they’re doing. Eventually, the public will find out.”