Attitudes harden away from Labour in UK marginal seat 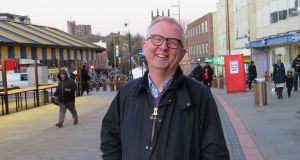 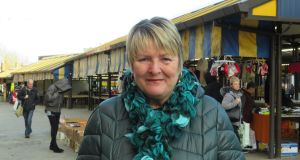 Linda Parteger: “I’m going to be voting Conservative as, purely and simply, I want Brexit so desperately.” Photograph: Jennifer O’Connell 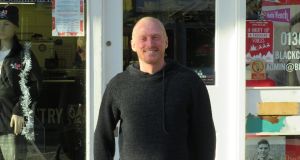 Stephen Pitts, owner of Black Country T-Shirts: “I decided to vote for what I believe in rather than going for the lesser of two evils.” Photograph: Jennifer O’Connell

If you want to get to the heart of the divisions splintering Jeremy Corbyn’s Labour Party, the first floor office in a nondescript brown brick building on Trinity Street in Dudley is a good place to start.

The mood in the office is subdued, as Ian Austin – MP for Dudley North since 2005, a remainer in 2016, and “Labour to my core” – takes a break from packing up his belongings to make tea. He left Labour in February and is not standing again in Thursday’s election. He has gone one step further, and written a letter to his constituents, urging them to vote for Boris Johnson’s Conservatives.

For voters in this constituency where every vote counts, “the election will come down to Brexit or Corbyn”. And, he says, they “can’t imagine Corbyn as prime minister. They can’t imagine him negotiating with Trump or standing up to Putin. They think he’s on the wrong side on issues like defence, welfare, immigration. They think his Brexit policy is a joke”.

While “there’s loads of things I disagree with Boris Johnson about – I mean, I’m Labour, right?”, he sees him as the lesser of two evils against a man Austin regards as an anti-Semite and IRA supporter. “He always backs our country’s enemies, I think.”

“Lesser of two evils” is a phrase you hear again and again on the streets of Dudley. I first met business owner Stephen Pitts on a trip here two weeks ago, when he was undecided about how to vote. He was one of 28 per cent who supported remain in 2016, and was leaning towards Labour earlier in the month.

When we meet again in his shop, Black Country T-Shirts, he has already cast a postal vote for the Green Party. He worried about whether it is a “realistic vote” in a first-past-the-post system, but decided he should vote “for what I believe in rather than going for the lesser of two evils”.

That makes him something of an anomaly around here. Dave Carter in Arcade Toys, another lifelong Labour supporter who was undecided two weeks ago, now says he will vote Conservative, because of “Corbyn’s attitude throughout the campaign, and his refusal to apologise for anti-Semitism”.

The anti-Semitism charge, which exploded again last weekend with the leak of internal documents, comes up frequently in conversation in Dudley, an area that is predominantly white working class, with a small Jewish population.

Some of this may be due to loyalty to Austin, whose feelings about it are more than just academic. Austin’s father, who died earlier this year, came to England at the age of 10 as a Jewish refugee from the then-Czechoslovakia, put on a train by his mum and two teenage sisters, whom he would never see again.

In the two weeks since I was last in this constituency, where Austin held onto his seat by 22 votes in 2017, there are fewer undecided voters, and a noticeable hardening of attitudes, frequently away from Labour. Many voters here are going with gut feeling, rather than ideology or policy.

“My father who has been dead now 48 years, always said you should be ashamed of yourself if you’re working class and you don’t vote Labour. I’m going to be voting Conservative as, purely and simply, I want Brexit so desperately,” says Linda Pargeter, visibly wrestling with her emotions. “Desperately.”

Is she a fan of Boris Johnson?

“I think he comes over as a real idiot, to be truthful,” she says, not entirely without affection. “But you can laugh at him.” She sees Corbyn as “very sly”, hates Jo Swinson and wants to “physically hurl something” at the TV when Nicola Sturgeon comes on. Her son is voting Labour, which they’ve “had words about”.

‘Support for the IRA’

In Dudley, it becomes clear how effective Johnson’s campaign has been at sowing seeds of doubt about Corbyn in voters’ minds, particularly around his “support for the IRA”.

Student Tia Ann Rowledge – a Labour voter who wants “the Tories out” – is taking a break from college at lunch time with her friend, Niamh, who is Irish by birth, and just too young to vote. They have both noticed a resurgence of anti-Irish sentiment in the UK, they say.

It doesn’t take me long to see what they mean. Down at the market, I meet a man who doesn’t want to give his name. But he asks me to turn my recorder on so he can say something into it.

“I hate Corbyn. No offence against your religion, but he said he likes the IRA, and he supports them.”

There’s one corner of Dudley where no one is talking politics. “No politics and no religion” is the rule at the social enterprise coffee house, Gather, set up to create opportunities and a community space, in this town that has seen its fair share of hard times since the decline of the steel industry. Over coffee and Christmas cake, Ian Austin thinks for a long moment when asked what gives him hope for the future.

“Most people are decent. Most people are reasonable. That’s the thing that gives me hope and confidence.” He hopes the centre in British politics will return, and that “we can find a way of mainstream politicians communicating proper answers, and not chasing off to the populist extremes”.