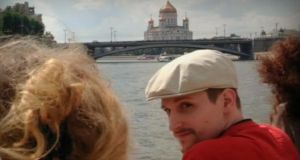 Fugitive intelligence contractor Edward Snowden said calls for more oversight of government intelligence agencies showed he was justified in revealing the methods and targets of the US secret service.

Mr Snowden’s leaks about the National Security Agency (NSA), from its alleged mass scanning of emails to the tapping of world leaders’ phones, have infuriated US allies and placed Washington on the defensive.

In ‘A Manifesto for the Truth’ published in German news magazine Der Spiegel today, Mr Snowden said current debates about mass surveillance in many countries showed his revelations were helping to bring about change.

“Instead of causing damage, the usefulness of the new public knowledge for society is now clear because reforms to politics, supervision and laws are being suggested,” the 30-year-old ex-CIA employee and NSA contractor wrote.

“Citizens have to fight against the suppression of information about affairs of essential importance for the public. Those who speak the truth are not committing a crime.”

Mr Snowden is in Russia, where he has been given asylum for at least a year. In an open letter to Germany last week, he said he was counting on international support to stop Washington’s ‘persecution’ of him.

His revelations about the reach and methods of the NSA, including the monitoring of vast volumes of Internet traffic and phone records, have angered U.S. allies from Germany to Brazil.

Admirers have called Snowden a human rights champion. Others say he is a traitor for stealing information from the NSA after vowing to respect its secrecy policies and then fleeing first to Hong Kong and then to Russia with classified U.S. data.

The existence of spying technology should not determine politics, he said: “We have a moral duty to ensure that our laws and values limit surveillance programmes and protect human rights”.

Society, said Snowden, could only understand and keep a check on these problems via an open, ruthless and informed debate.

He said some governments that felt exposed by the revelations had at first launched a “persecution campaign” to repress debate by intimidating journalists and threatening them with prosecution.

“At that time the public was not in a position to judge the usefulness of these revelations. People trusted that their governments would make the right decisions,” he said.

“Today we know that was a mistake and that such behaviour does not serve the public interest,” he said.