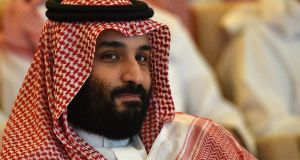 For most of the Middle East and North Africa, 2018 was somewhat less volatile than the past several years. The upheavals of recent years – in particular, the civil war in Syria and the emergence of Islamic State (IS) which followed – have diminished in significance and impact. With some limited exceptions, the region has witnessed authoritarian retrenchment in the past 12 months and the consolidation of the status quo ante. In most other years, the most important story would have been the effective elimination of the threat posed by IS to regional stability. An organisation, which in 2015 controlled territory in Syria and Iraq approximately the size of the United Kingdom, today has been reduced to between one and two per cent of the territory it controlled at its peak – a small pocket of land on the Syria-Iraq border. The group may not be completely defeated.

A UN report published earlier this year estimated that it still had between 20,000 and 30,000 members and it has remained active in Iraq and in Syria. In November it captured at least 30 members of the Kurdish-led Syrian Democratic Force while earlier this year it was responsible for the deaths of between 150 and 200 members of the Iraqi security forces. And while, at its height, the group accrued up to $6 billion, it may have succeeded in smuggling $400 million out of Syria and Iraq to support ongoing militancy. Nonetheless, the current situation represents a dramatic shift from just a few years ago when overwrought predictions of IS threatening Baghdad or Damascus were not uncommon.

The effective defeat of IS has been followed by the re-establishment of the control of Bashar al-Assad’s regime in Damascus over most of the country’s territory, with significant support from Russia and Iran, although significant areas of Syria remain under the control of opposition forces, notably the swathe of territory on the Turkish border which is now governed by Kurdish forces. In Iraq, from which IS initially emerged, the new prime minister, Adel Abdul Mahdi, celebrated the first anniversary of the announcement of victory over the group on December 10th. However, that country still faces substantial challenges, not least the difficulty of asserting control over the autonomous armed groups, including the Popular Mobilisation Units, on which the government relied in order to defeat IS, dealing with humanitarian crisis and enabling meaningful representation of the country’s Sunni Muslim minority in its political structures.

Elsewhere, in Egypt, president Sisi spent the past year in a largely successful effort to consolidate the power he has enjoyed since he overthrew the country’s first democratically elected ruler, the Islamist Mohammed Morsi, in a military coup in 2013. Since then, Sisi has systematically removed obstacles to his power. In the presidential election of March 2018, he won a mere 97 per cent of the vote, following the hounding from the race of several legitimate candidates. Human rights abuses continue unabated as activists, bloggers, civil society organisers and opposition politicians join the tens of thousands of political prisoners languishing in Egypt’s prisons.

Despite this, Sisi is bolstered by support from regional actors while both the US and the Europeans view him as being essentially on the right side in the battle against terrorism, something for which they are prepared to excuse excesses far greater than those of most of his predecessors.

However, undoubtedly, 2018 has, for better or for worse, been the year of Mohammed Bin Salman, crown prince of Saudi Arabia. Bin Salman has enjoyed a rapid ascent to the top of the Saudi political system since he was appointed defence minister at the age of 30 in 2015. As heir apparent to the ailing King Salman, he has enjoyed almost unlimited power in the kingdom until recently. Bin Salman initially represented himself to his country and the rest of the world as a long-awaited reformer, associated with restricting the power of the religious police, removing the ban on Saudi women driving and easing restrictions on their access to public places. However, a darker side quickly emerged. Two events in November 2017 offered indications of what was to come.

First, the prime minister of Lebanon, Rafiq Hariri, who was on a visit to Saudi Arabia, was summoned to the royal offices. Hariri believed he was going on a camping trip with the crown prince. Instead he was presented with a pre-written letter of resignation which he was forced to read on Saudi television. His resignation was the price that Bin Salman sought for what he perceived as Lebanon’s insufficiently obeisant position in the destructive regional competition between the Saudis and Iran. It was also intended to send a message to Hizballah, Iran’s major ally in Lebanon. These events shocked the region and Hariri withdrew his resignation shortly afterwards.

At the same time, the crown prince orchestrated the detention in the Ritz Carlton Hotel in Riyadh of hundreds of members of the royal family and other prominent public figures in what was described as an anti-corruption drive. While corruption is endemic in the country, no evidence was supplied in relation to any individual. By January 2018 the government was reporting settlements totalling $106 billion leading to the release of many of those detained. Others have not been so lucky and are still imprisoned in a maximum-security facility south of the capital where Islamic militants are detained.

By March of 2018, an even darker side to this story became clearer, prefiguring events later in the year, as details emerged of the abuse and torture of detainees. In one reported case, the body of a Saudi military officer who died in custody bore burn marks that appeared to come from electric shocks while his neck appeared to have been broken. Saudi officials reject these claims. Worse was to come.

The dissident Saudi journalist, Jamal Khashoggi, entered his country’s consulate in Istanbul on October 2nd to obtain documents that would allow him to marry his Turkish fiancée. He never emerged, having been brutally tortured and murdered in the consulate on the orders of the crown prince. Khashoggi was a prominent figure in Saudi life. He had been close to the royal family for decades and was a former adviser to the government. But he fell out of favour and moved to the United States where he wrote an influential monthly column for the Washington Post that was frequently critical of Bin Salman. The revelation of his murder, particularly its appallingly brutal nature, has brought pressure on Bin Salman both at home and abroad.

The volatility and brutality of his behaviour – as recently as November 2018, there were reports of the torture of women’s rights activists who had been detained earlier in the year – raise some scepticism as to whether he will be allowed to succeed his father as planned, although he retains the support of the king at present. He also appears to retain the support of US president Donald Trump, whose son-in-law, Jared Kushner, reportedly advised Bin Salman on how to “weather the storm” after the murder of Khashoggi.

Perhaps the only positive outcome to emerge from this horrific set of events has been the focus on the manmade humanitarian catastrophe that is the Yemeni conflict, which has cost thousands of lives, threatens millions more, and in which the Saudi crown prince is once more deeply complicit. The fallout from the murder of Khashoggi has, at least partially, fed the impetus for meaningful negotiations on the war in Yemen, which opened in Sweden in December 2018 and held out the first glimmer of hope in years that the country’s ongoing slide into disaster might be halted.