Revisiting the lessons of the Suez crisis nearly six decades on 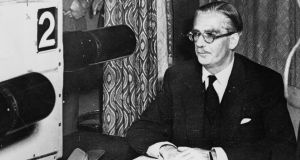 The Sèvres Protocol was typed up in the kitchen of a villa in a Paris suburb which had been used as a Resistance hideout. It made inevitable a nine-day war that humiliated France and Britain, undermined the Anglo-American alliance and transformed the Middle East from a European sphere of influence to a pawn in the game between the US and Soviet Union.

Egyptian leader Gamel Abdel Nasser had nationalised the Suez Canal on July 26th. Britain viewed him as a Soviet lackey and desperately needed the canal for passage to her colonies east of Suez. France had suffered a humiliating defeat at Dien Bien Phu, given up her Moroccan and Tunisian colonies, and most of all wanted to end Nasser’s support for the Algerian National Liberation Front.

The conspiracy was the brainchild of French general Maurice Challe, later a leader of the failed putsch in Algeria. On October 16th, Challe travelled secretly to Chequers, where he proposed to prime minister Anthony Eden that Israel attack the Suez Canal, providing Britain and France with a pretext for military intervention. Eden was delighted.

“It was a curious thing for Eden to join in a military partnership with Israel,” says Avi Shlaim, emeritus professor of international relations at Oxford University and the author of The Iron Wall; Israel and the Arab World. “Eden didn’t trust the Israelis and the Israelis didn’t trust him . . . The French became the matchmakers between standoffish Brits and suspicious Israelis . . . Only the French could have brought about this improbable ménage à trois .”

‘Hitler of the Nile’

On a lovely October morning, Moshe Dayan, then chief of staff of the Israeli defence forces, sketched the Israeli plan of attack on a cigarette packet in the garden of the villa.

Ties between the French and Israeli militaries were particularly strong. Shimon Peres, then director general of the defence ministry, recounted in his memoirs how he pulled French prime minister Guy Mollet and defence minister Maurice Bourgès-Manoury aside to conclude an agreement for the French nuclear reactor at Dimona. It would endow Israel with a nuclear arsenal.

When the protocol was signed, the British negotiators sipped champagne with their French and Israeli allies, but they left quickly, “mumbling as they went words of politeness tinged with humour and not quite comprehensible”, Dayan wrote. The second bottle went down better, sans les Anglo-Saxons. A toast was raised to the nuclear reactor.

The war started as planned five days later with the Israeli offensive. Britain and France landed paratroopers at Port Said. But they hadn’t foreseen the outrage of US president Dwight D Eisenhower, who led moves against Britain in the UN, put pressure on the pound sterling and threatened Britain with oil sanctions.

After nine days, “Britain caved in”, Shlaim says, “leaving France in the lurch. Eisenhower forced the Israelis to give the Sinai back to Egypt. If only LBJ had done the same in 1967. . .”

Suez was, Shlaim says, “an act of imperial madness, an absurd military adventure”. The Soviets gained brownie points for supporting Egypt. “Nasser snatched a resounding political victory from the jaws of military defeat. He became a hero to the Arabs and the Third World.”

Anthony Eden destroyed Britain’s copy of the Sèvres Protocol and lied to the House of Commons, claiming he’d had “no foreknowledge” of the Israeli attack. In 2003, Tony Blair and George W Bush would lie just as baldly in claiming Saddam Hussein had weapons of mass destruction.

The Suez war claimed few casualties and left Egypt intact. Nasser remained in power until his death in 1970. But rather than learn the lessons of Suez, western powers went on to ever greater blunders.

Prof Shlaim was one of few voices who predicted that the 2003 war would destabilise the entire region. Iraq was destroyed, and the Middle East’s Pax Americana dissolved in chaos. “You can topple a dictator, but you don’t know what will follow. Usually it’s much worse,” Shlaim says.

Now voices in the West are again making facile historic parallels, saying support for Bashar al-Assad against Islamic State is a necessity comparable to the pact made with Stalin against Hitler.