Salustiano ‘Shorty’ Sanchez was born in Spain in 1901 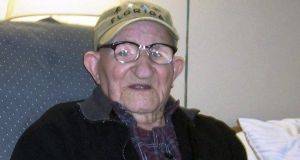 The world’s oldest man, a gin rummy-playing one-time sugarcane worker born in Spain, has died at 112 in New York state, a funeral home said on Saturday.

Sanchez was born in El Tejado de Bejar, Spain, in 1901 and worked as a sugarcane field worker in Cuba before emigrating to the United States, the funeral home said.

The world’s oldest man is now Arturo Licata of Italy at 111, and the oldest woman is Misao Okawa of Japan (115), according to the Gerontology Research Group, which tracks people 110 and older and validates ages for Guinness.-(Reuters)