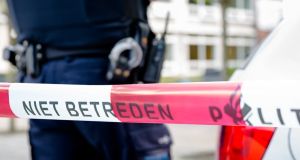 Two men are due to appear in court in the Netherlands on Thursday charged with preparing a terrorist attack around the Christmas and new year period, allegedly involving at least one suicide bomb vest and one car bomb.

The two, one 34 and the other 20, were arrested by the anti-terrorist Special Interventions Service on Monday on the basis of information from the security service AIVD that they “intended to commit a jihadist attack” and that they were “planning to use explosives”.

As the pre-Christmas shopping season moves into its final weeks, the public prosecutor’s department, in a statement on the arrests, warned that “the risk of an attack in the Netherlands is still fully present”.

The men have not been named but both are believed to live in the sprawling suburb of Zoetermeer, about half an hour east of the Hague, where, co-incidentally, the headquarters of the security service is located.

The older man is said to be Iranian and the younger man Dutch with Iranian connections, though this hasn’t been confirmed by police.

The prosecutor’s statement said they had been under surveillance since early October, and revealed that valuable evidence had been gathered on the preparations for the alleged attack using “infiltrators”.

The two men were arrested separately and without incident in what were described as “large-scale co-ordinated operations” on Monday afternoon. One was at home, and the other was surrounded on a street in the Hague.

Neither was armed when they were detained, and no guns or explosives were found at their homes. However, a throwing axe, a dagger, a mobile phone and multiple sim cards were found in a hidden compartment in the ceiling of one man’s apartment.

With the terrorist threat level currently at “substantial”, the second-highest, the prosecutor admitted there was no indication as to where or exactly when over the holiday period the attack or attacks were planned.

However, there is some indication of the potential scale in that the statement refers in the plural to “suicide bomb vests and one or more car bombs”.

The mother of the 20-year-old told a local broadcaster that she could not believe her son was involved in anything potentially violent. “He is religious,” she said, “but he is not an extremist.”

The two men were still being interviewed by police on Wednesday, and will appear before an examining magistrate in Rotterdam on Thursday.