The dangers of being ‘open’ about migrants’ crimes 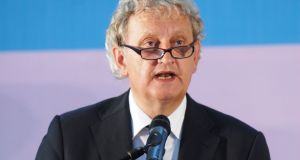 Mayor of Amsterdam Eberhard van der Laan, who has said two sexual assaults in the city in the past six months ‘appear’ to have involved asylum seekers. Photograph: ChinaFotoPress/Getty Images

In a telling illustration of how European sensitivities have changed since the New Year’s Eve attacks in Cologne, the mayor of Amsterdam felt obliged yesterday to reveal that two sexual assaults in the city in the past six months “appear” to have involved asylum seekers.

Before Cologne, it would have been almost unthinkable that Eberhard van der Laan would have been appraised of who was “believed” to have been responsible for such crimes – this in a heaving city where it’s not unusual for 100 people to be arrested on an average Saturday night.

And even if van der Laan had been warned that crimes that could turn out to be politically sensitive had been committed, it is equally unthinkable that he would then have felt the need to share his thoughts publicly about who the culprits “might” or might not have been.

Inevitably, within hours of emailing the document to his council colleagues, its contents were leaked to the media.

The first alleged assault, van der Laan said, took place in a municipal swimming pool and involved “several” girls whose parents have since made a formal complaint to the police.

The second incident occurred in a cafe bar. One young woman is alleged to have been attacked. Security staff removed a man from the premises. As a result, there was no formal complaint to the police, though they subsequently became aware of the incident.

In the first case, van der Laan said police believed the assailant may have come from an emergency shelter not far from the swimming pool. An investigation was continuing, but no arrests had been made.

In the second case, the culprit is also “believed” to live in an emergency shelter. It may even be the same one; that’s not clear. “Because the police do not know who the victim is and no charges were pressed, they cannot even attempt to find and arrest the perpetrator,” van der Laan said in his briefing.

Some, including the mayor, would argue that his willingness to go public about crimes allegedly involving refugees, whose very presence in this country has already proved explosive, is evidence of a new maturity and openness – a refusal to be hidebound by political correctness.

The mayor has rejected claims – so far based on no more than wild conjecture – that Amsterdam has “covered up” events not unlike what happened in Cologne.

“Suggestions that things may have been concealed are untrue and I do not consider them a worthwhile contribution to the conversation,” he said.

On the other hand, is the mayor now going to keep up a running commentary on which crimes are believed to have been committed by migrants, instead of leaving crime to the police and the courts?

And if so, will we from now on hear only about crime by migrants and not about crime by the so-called settled indigenous community? Now that would certainly be a dangerous development.