Riga summit a chance for EU to define partnership policy

As Ukraine crisis deepens, citizens will want reassurance that the union is there for them 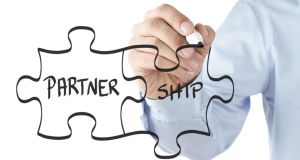 The idea of a specific EU neighbourhood policy to deal with countries to its east began to gain ground in 2007 and 2008, supported by countries such as Poland and Sweden. Photograph: Getty Images

Eighteen months after the last Eastern Partnership summit in Vilnius, EU leaders gather in Riga today for a two-day summit on the EU’s relationship with its eastern neighbours.

The Vilnius summit of November 2013 proved to be a decisive moment in European history. The surprise decision by Ukraine to pull out of an association agreement with the European Union sparked the Maidan protests in Kiev and precipitated a spiral of events that led to Russia’s annexation of Crimea and a festering conflict in eastern Ukraine which has now claimed the lives of about 6,000 people.

The outcome of the Riga summit is unlikely to be so dramatic. But the continuing crisis in Ukraine will loom over this week’s summit and may force the EU to reflect on a fundamental question – what is the meaning and purpose of its Eastern Partnership strategy?

The idea of a specific EU neighbourhood policy to deal with countries to its east began to gain ground in 2007 and 2008, supported by countries such as Poland and Sweden. The Eastern Partnership was launched in Prague in 2009, followed by a second summit in Warsaw in 2011.

The concept was simple: to deepen ties between the EU and the countries buffered between the union and Russia in order to promote EU values such as peace and human rights.

To many observers, the dramatic events in Ukraine exposed the EU’s Eastern Partnership strategy as naive and misguided, particularly in its failure to predict how Russia would react to the prospect of greater ties between its former territory and the EU. While officials at the EU’s foreign policy wing, the European External Action Service, may have been correct in asserting that Russia itself only awoke to the Ukraine issue very late in the day, the EU’s apparent trust in the Ukrainian leader in the run-up to Vilnius was also revealed to be ill-advised.

While 18 months later the EU’s Eastern Partnership policy remains intact, serious questions remain about its function and purpose. Ironically, one of the outcomes of the Ukraine crisis was that the EU – against the wishes of many member states – accelerated agreements with some of the eastern partners.

Since Vilnius, association agreements have been signed with Georgia, Moldova and Ukraine, although Ukraine’s agreement will not come into force until January 1st under a compromise struck with Russia as part of the ongoing diplomatic negotiations over the Ukraine crisis. The three remaining eastern partners – Armenia, Azerbaijan and Belarus – are in a different category.

Both Armenia and Belarus have joined Russia’s Eurasian union, while Azerbaijan is nonplussed about strengthening ties with either Russia or Europe. All three have poor human rights records, with countries including Ireland harbouring serious concerns about their commitment to principles such as democracy and freedom of speech.

The question of whether the union is prepared to offer these countries the possibility of EU membership has dogged the concept from its inception, with countries including Germany, Italy and France opposed to the idea, and the Balkan states, Slovakia and Sweden more open.

With EU leaders, particularly German chancellor Angela Merkel, not expected to hold out the prospect of EU membership at this week’s summit, one obvious question emerging will be how the three most westerly-leaning Eastern Partnership countries can be expected to remain motivated to continue their association with Europe.

Further, while half a million Moldovan citizens have travelled visa-free into the EU since April 2014, there is growing frustration among Georgian and Ukrainian citizens that their visa-free arrangement with the EU has not yet come into force.

As the Ukraine crisis threatens to settle into a frozen conflict, the summit is a chance for the EU to define the long- term purpose of its partnership policy. With the conflict in eastern Ukraine now in its 13th month, the citizens of Ukraine in particular, will want to know the EU is still there for them.