Syrians in Berlin tell of their flight from war-torn homeland. Words and pictures: Jacobia Dahm 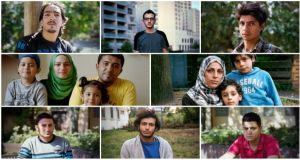 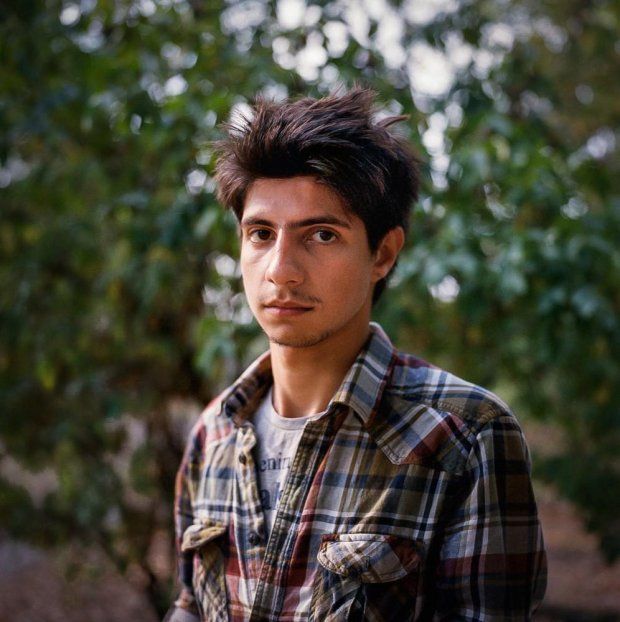 Ehsan worked with various humanitarian relief organisations in Aleppo before joining the Syrian opposition as an assistant surgeon and as a director of an office of civil activity. His journey to Germany took him 17 days and cost him $3,500 (€3,230); he arrived in Berlin in July 2015. The most frightening moment of his trip was the crossing of the Aegean to Lesbos. In Hungary, Ehsan’s friends were arrested and he was forced to complete his journey alone. His parents, his two brothers and his two sisters live in Turkey now. 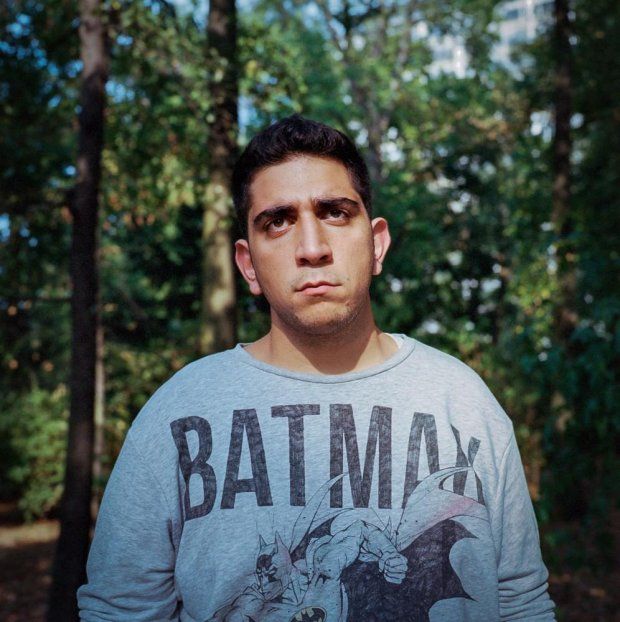 Karam, who arrived in Berlin in June, was a photojournalist and worked as a freelancer for Reuters in Aleppo before he fled Syria. Passionately political, he joined friends in the opposition after the Syrian government tortured children in 2011, but he felt suffocated by the options. About the regime of Bashar al-Assad’s he says: “I don’t want to fight. I want freedom. But they made us carry guns.” Aasked him whether he sees himself returning home at some point in the future, he puts his head in his hands and pauses. Then, slowly, he says: “Don’t ask me this question. Don’t ask any Syrian this question. You’re just going to make us cry.” 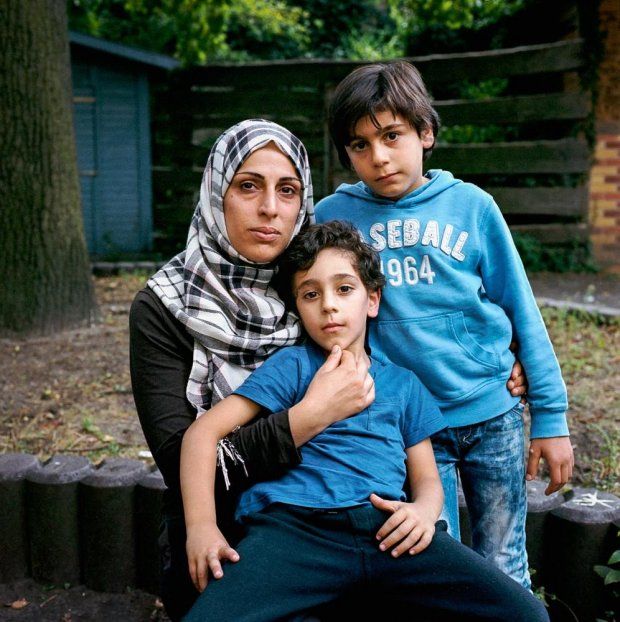 Najlaa left her small home town near Damascus in 2011, soon after the government assaults started. She first went to Jordan with her two young children and her seven-year-old nephew. She spent three years there in the massive Zaatari refugee camp, and decided to leave after a Jordanian policeman suggested it would be safer if she married her very young daughter off to him.

Najlaa’s journey to Berlin via Turkey took three months. She travelled in a group with 250 people but she was the only one with children and she felt people worried she would slow things down. In Macedonia the police caught her and threatened to return her to Greece, but Najlaa was so determined and desperate, she put a knife to her throat and declared she woud rather die than retrace her journey. Surprised, the Macedonian police then helped her to the Serbian border.

In Hungary, a hotel owner, after taking her money, called the police on her. She arrived in Berlin in May and lives there in a group home. Rasoul was a salesman in his home town of Aleppo but he did not want to join the army and so his family helped him, the youngest in his family, to start a new life elsewhere. He arrived in Germany by truck, directly from Turkey. The drive took four days and the truck did not stop once for air or food. His ride cost $4,500. Rasoul arrived in Berlin in April. 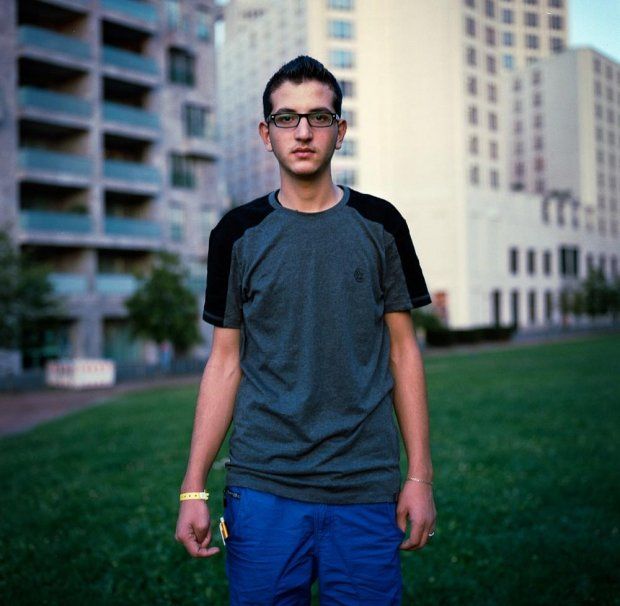 Ammar is a Palestinian Syrian and lived in a camp in Homs. He decided to leave when the secret police moved into the camp. Because he is a minor, and the youngest in his family, he will be able to bring his family to Germany though a regular visa process. Ammar left school when he was 13 and has since worked in cafes and as a coffee bean grinder. He decided a long time ago that he wants to train as a welder in Germany. He arrived in Berlin in August. In Aleppo, Hassan owned a toy store, and Nahed worked in a shop. Life was already hard without water and electricity due to the fighting and destruction of the city, but things got worse in July 2015, when during Ramadan, the different forces fought in Aleppo every night. Nahed and Hassan decided to take their two small children and leave Aleppo.

Their journey to Germany took them 22 days, and many nights they slept on the streets. In the Hungarian camps their children, 4 and 7, were separated from them for two days and placed in separate cells. The Hungarian guards threatened Nahed that they would take her hijab away if she did not let herself be fingerprinted. For Hassan the hardest thing about leaving home was to say farewell his parents. Syria is their home, but Hassan says that now the most important thing is the future of their children. 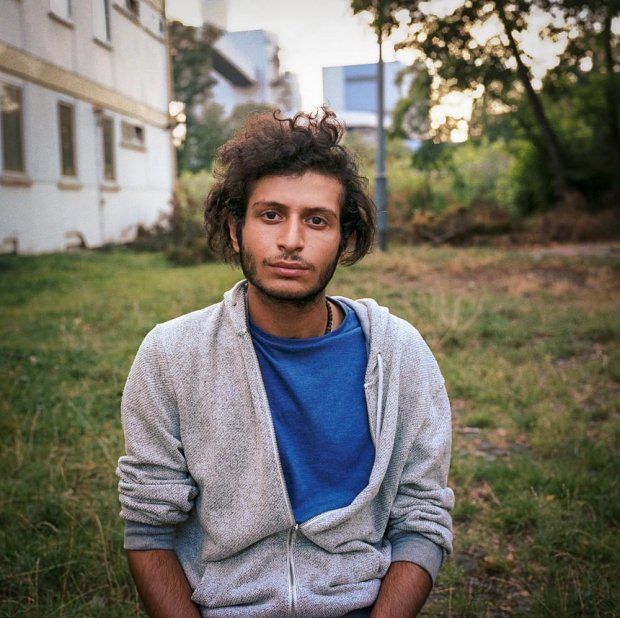 Nadim left Syria in 2012 after life was getting increasingly unsafe. He went to Jordan where he studied filmmaking, and then to Turkey where he trained as a sound engineer. He made the trek from Izmir to Berlin with a group of friends; the journey, on foot, took them 23 days.

They walked through Macedonia, Serbia and Hungary, where he was caught by the Hungarian police when he emerged from the forest. In the Hungarian camps, he was beaten and injured. When he asked for a lawyer he was told: “Do you think you’re in Sweden?” Nadim arrived in Berlin in August. His parents have settled in Saudia Arabia; his sister is still in Damascus. 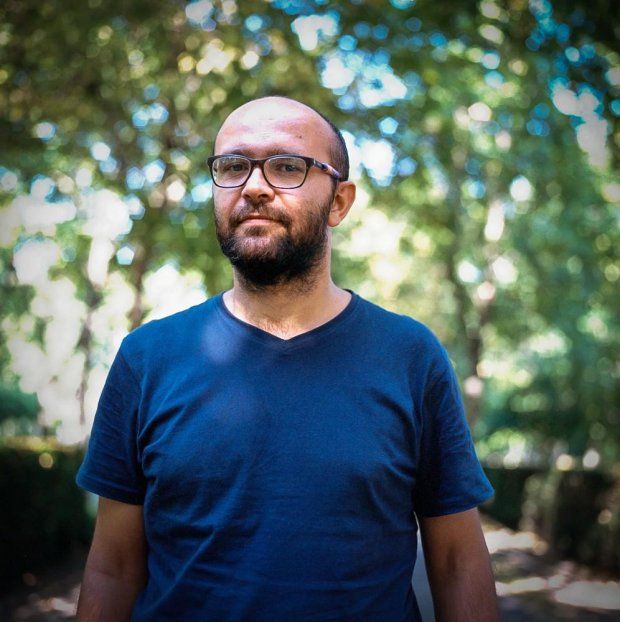 Hussam is an architect from Damascus. His father came to Syria from Palestine in 1948 at the age of one. Hussam was born in Syria but because he is considered Palestinian Syrian he was never given citizenship, only refugee papers. As a result, he is now a refugee from being a refugee.

Hussam left Syria in 2012 to go to Istanbul, but as a refugee he would never have been given a work permit and would have lived the life of an undocumented immigrant, providing cheap labour. In the summer of 2015 his brother’s family and other friends joined him on his trip from Istanbul to Izmir, then by rubber dinghy to Lesbos, and through the Balkans to Germany. Hussam’s sister is based in Spain, and because Spain has a family-friendly refugee policy, she will be able to bring their parents to Spain legally. Ahmad lived in Al Nairab camp for Palestinian Syrians in Aleppo; he worked as an electrician and he liked his life. Then the war started and he was injured by government soldiers, and later kidnapped and imprisoned by Islamic State fighters. Once he got away he decided to leave. His mother and sister are still in Syria and he worries about them a lot and hopes he can bring them to Germany somehow. Ahmad arrived in Berlin in July. 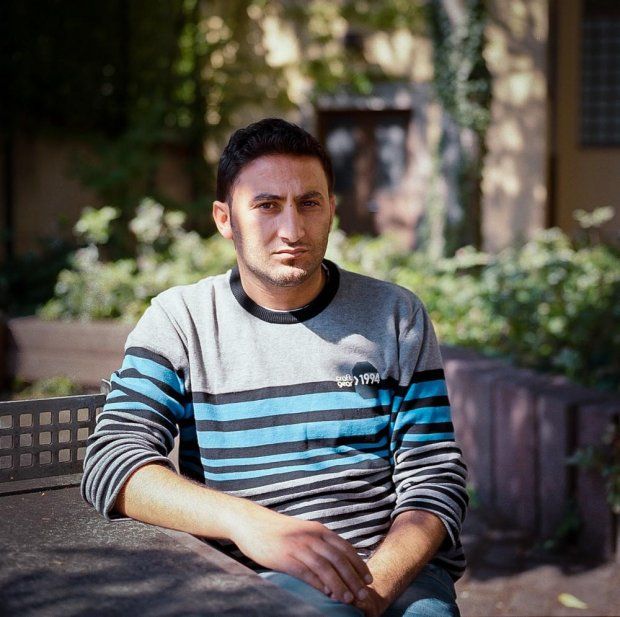 Maher was born in Hama in central Syria, but he lived and taught as a primary school teacher in Damascus. His journey to Berlin took him via Sudan, Egypt, Libya, Italy, and Austria and cost him almost $5,000. The sea journey between Libya and Italy lasted nine hours at night, with 200 people on board. His wife and baby son are still in Syria, and Maher hopes to bring them over as soon as he can. He arrived in Berlin last spring.

A special report looking back over the year at the increasingly desperate plight of migrants trying to make a new life in Europe.