Under new rules, members of the Russian LGBT community would no longer have to prove that they had sought police protection 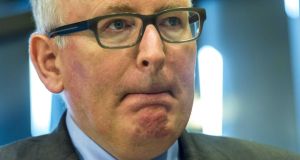 The Dutch government is to make it substantially easier for gay people in Russian to apply for political asylum in the Netherlands, warning that they still face “a high degree of prejudice and intolerance” from all levels of government and even from the public in their own country.

In a move likely to annoy Moscow, the ministry for justice said yesterday it planned to scrap the single most difficult asylum hurdle for members of Russia’s lesbian, gay, bisexual and transgender (LGBT) community – “softening” their immigration requirements immediately.

In a briefing to parliament, junior justice minister Fred Teeven said the members of the Russian LGBT community who had faced discrimination would no longer have to prove that they had sought and failed to secure the protection of the Russian police.

Dutch foreign minister Frans Timmermans responded sharply, warning that the law promoted “a climate of homophobia”, which would “stigmatise” LGBT individuals and inevitably lead to discrimination against them.

In that context, LGBT groups said the Dutch asylum requirement that they should approach the Russian police for help merely made their situation worse – because, they claimed, the police were institutionally homophobic and likely to ignore them at best.

The diplomatic mood continued to sour with the arrest by the Russians of the Greenpeace ship, Arctic Sunrise, the arrest by the Dutch of a Russian diplomat for allegedly mistreating his children, and the apparently homophobic beating of a senior Dutch diplomat in his Moscow apartment.

As a result, relations between the two countries were already at an all-time low when Malaysia Airlines flight MH17 was shot down with the loss of 298 passengers and crew – 196 of them Dutch citizens – allegedly by pro-Russian separatists in eastern Ukraine three weeks ago yesterday.

In a climate of escalating tit-for-tat sanctions between the US-EU and Russia as a result of the MH17 disaster, the justice ministry’s relaxed the immigration regime and the tone and timing of the briefing will do nothing to help.

In the document, Mr Teeven comments: “There is throughout the Russian Federation, among government officials (including the police) and the Russian people, a high degree of intolerance and prejudice against homosexuality and members of the LGBT community.”