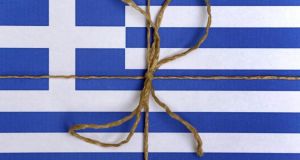 Greek prime minister Alexis Tsipras has said he is resigning and calling an early election.

Mr Tsipras’s departure will pave the way for early elections on September 20th, government officials said, hoping to quell a rebellion in his leftist Syriza party and seal support for a bailout programme.

But a snap election should allow Mr Tsipras to capitalise on his popularity with Greek voters before the toughest parts of the programme begin to bite, and may allow him to return to power in a stronger position without anti-bailout rebels in his radical left Syriza party to slow him down.

“The aim is to hold elections on September 20th,” a government source said after Mr Tsipras held talks with his advisers. The leftist leader is expected to make a televised address later this evening.

Mr Tsipras had long been expected to seek early elections in the autumn to consolidate his position after caving into the creditors’ demands for more austerity and economic reform in return for €86 billion in bailout loans.

But he was forced to move quickly after nearly a third of Syriza lawmakers refused to back the programme in parliament last week, robbing him of a guaranteed political majority.

Greece‘s complex constitution has special stipulations for holding elections less than 12 months after the previous vote, meaning the president must first consult other major parties to see if they can form a government – a highly unlikely option.

Hugely popular among his supporters for trying to stand up to euro zone and IMF creditors and with the opposition in disarray, Mr Tsipras is widely expected to return to power.

A Metron Analysis poll on July 24th put support for Syriza at 33.6 per cent, making it by far the most popular party, but not enough to govern without a coalition partner. No polls have been published since then due to the holiday season.

Pressure for early elections had been steadily building in recent days.

Senior aides, such as minister for energy Panos Skourletis, said the split with the party rebels who are threatening to break away had to be dealt with. “The political landscape must clear up. We need to know whether the government has or does not have a majority,” he told ERT.

Syriza is expected to call a party congress in September to resolve differences with the rebels. But Mr Skourletis said Mr Tsipras should move faster. “I would say elections first, then the party congress,” he said.

Calling elections in September means the vote will be held before voters start feeling the new bailout measures including further pension cuts, more value-added tax increases and a “solidarity” tax on incomes.

Knock-on effects of capital controls imposed in June, which are likely to stay until Greek banks are recapitalised later this year with bailout funds, will also hurt voters.

The other option had been to delay the vote till October, after international creditors have reviewed Greece‘s performance in keeping to the bailout programme. They will then start to consider some way of easing the country‘s huge debt burden.

Mr Tsipras has long argued that Greece will never be able to repay all its debts and wants some to be written off. While the euro zone favours merely delaying interest and principal repayments, Mr Tsipras could still present any debt relief moves as an achievement to the electorate.

Syriza members have argued that the party should aim for a majority, saying this would achieve the stable government which Greece has lacked through the past five years of crisis.