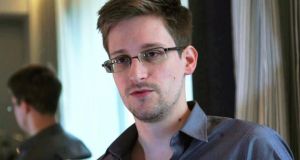 Spy agencies across Western Europe are working together on mass surveillance of internet and phone traffic comparable to programmes run by their US counterpart denounced by European governments, the Guardian newspaper reported today.

The Guardian named Germany, France, Spain, Sweden and the Netherlands as countries where intelligence agencies had been developing such methods in cooperation with counterparts including the UK’s surveillance agency GCHQ.

The report is potentially embarrassing for governments, especially in Germany and France which have been the most vocal in protesting about US mass surveillance of European communication networks revealed by Snowden since June.

Germany, jointly with Brazil, circulated a draft resolution to a UN General Assembly committee yesterday that called for an end to excessive electronic surveillance, data collection and other gross invasions of privacy.

There has been particular anger in Germany over the revelation that the NSA monitored the mobile phone of chancellor Angela Merkel.

Snowden has written an open letter to Ms Merkel and other German authorities to say he is counting on international support to stop Washington’s “persecution” of him.

The Guardian reported that GCHQ files leaked by Snowden showed the British agency taking credit for advising European counterparts on how to get around domestic laws intended to restrict their surveillance powers.

Citing a 2008 GCHQ country-by-country report, the Guardian said the British spies were particularly impressed with Germany’s BND agency, which they said had “huge technological potential and good access to the heart of the internet”.

“We have been assisting the BND ... in making the case for reform or reinterpretation of the very restrictive interception legislation in Germany,” the GCHQ document said.

The British agency also praised France’s DGSE agency and in particular its close ties with an unnamed telecommunications company, a relationship from which GCHQ hoped to benefit.

“We have made contact with the DGSE’s main industry partner, who has some innovative approaches to some internet challenges, raising the potential for GCHQ to make use of this company in the protocol development arena,” the report said.

There was similar analysis of the intelligence agencies in Spain, Sweden and the Netherlands, with Spain’s CNI praised for its ties with an unnamed British telecommunications firm and Sweden’s FRA congratulated over a law passed in 2008 that widened surveillance powers.

Only Italy dissatisfied the British spies, who noted friction between competing agencies and legal limits on their activities, the Guardian said.