Microsoft co-founder has net worth of $79.2bn, ahead of Carlos Slim and Warren Buffett 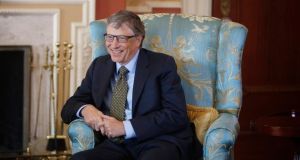 Microsoft co-founder and philanthropist Bill Gates has been deemed the world’s richest man by Forbes magazine, which said he had a net worth of $79.2 billion (€70.8 billion) in 2015. Photograph: Cole Burston/EPA. 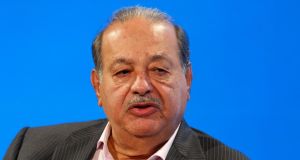 Carlos Slim, lifetime honorary chairman of Telefonos de Mexico, has a net worth of $77.1 billion (€68.9 billion), according to Forbes. Photograph: Lucy Nicholson/Reuters/Files. 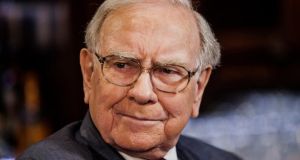 Warren Buffett, chairman and chief executive officer of Berkshire Hathaway Inc, moved up one slot in this year’s Forbes rich list to third and now has a net worth of $72.7 billion (€65 billion). Photograph: Chris Goodney/Bloomberg.

Bill Gates’s net worth has increased by $3 billion over the last year to $79.2 billion (€70.8 billion), Forbes magazine said.

That figure puts him at the top of the magazine’s list of the world’s billionaires for the second consecutive year.

The co-founder of Microsoft has topped the list for 16 of the last 21 years.

Next is investor Warren Buffett, who moved up one slot this year and has a net worth of $72.7 billion (€65 billion).

In fourth place was Amancio Ortega, the Spanish co-founder of clothing retail chain Zara, with a net worth of $64.5 billion (€57.6 billion).

Rounding out the top five was Larry Ellison, founder of technology company Oracle, with $54.3 billion (€48.5 billion).

Most of those on the list were men. But there were 197 women, up from 172 a year ago. The highest ranking woman was Christy Walton, the widow of John Walton, a son of the founder of Wal-Mart Stores. She has a net worth of $41.7 billion (€37.3 billion), according to Forbes.

The world’s youngest billionaire was 24-year-old Evan Spiegel, the chief executive and co-founder of mobile messaging company Snapchat, with a net worth of $1.5 billion (€1.3 billion). Snapchat’s other co-founder, 25-year-old Bobby Murphy, had the same net worth as Mr Spiegel.

Other tech billionaire newcomers were two co-founders of taxi-ordering app Uber and one of its executives. Three co-founders of Airbnb, the holiday-home rental website, also made the list.

Basketball legend Michael Jordan joined the list for the first time this year, thanks to his ownership in basketball team Charlotte Hornets and payouts from his Nike brand. Jordan had a net worth of $1 billion (€894 million), the magazine said.

Forbes said it calculated each person’s wealth based on stock prices and exchange rates on February 13th.