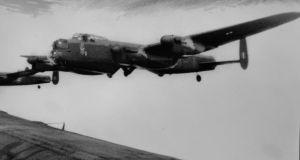 The last surviving Dambusters pilot has died in New Zealand. He was 96.

Les Munro had a “special aura” and was always regarded as “invincible”, his friends said following his death.

Squadron leader Munro, from New Zealand, was the last surviving pilot of the famous 617 Squadron of the RAF which carried out the “bouncing bomb” raid to destroy dams in Nazi Germany during the Second World War.

The 96-year-old died from heart problems in hospital in Tauranga in the Bay of Plenty in New Zealand, his friend Ron Mayhill said.

His death leaves two surviving crew members of the famous Dambusters raids — Briton George Johnson, a bomb aimer who retired as a squadron leader, and Canadian former front gunner Fred Sutherland, who served in the Royal Canadian Air Force and retired as a flight sergeant.

Some 19 Lancaster bombers flew from RAF Scampton, Lincolnshire, for the mission on May 16/17 1943, carrying Barnes Wallis’s specially adapted bouncing bombs 60ft above the ground to shatter dams in Germany’s industrial heartland and cut off vital supply lines in the Ruhr Valley.

A total of 133 Allied aircrew left for the raid aboard 19 Lancaster bombers, led by Wing Commander Guy Gibson, but 77 were killed and three were captured.

Sqn Ldr Munro’s plane was the second to take off but was one of three that had to turn back after being hit by flak, damaging the aircraft and disabling its communications.

Close friend Peter Wheeler, of the New Zealand Bomber Command Association (NZBCA), said: “To lose someone is always difficult, but to lose someone like Les, who had a special aura, is pretty tough.

“In our association the youngest is 89. We look to people like Les and we think they are invincible. But we have a feeling in Bomber Command that they could have died 70 years ago.

“He was a great friend and he gave great service to the country, not only when he was in the air force. After the war he became a farmer, he was a councillor. He was always ready to give his time.”

Ron Mayhill, president of the NZBCA, said he was a “fine man” who would be much missed.

The 91-year-old said Sqn Ldr Munro had been unwell for around a week but his death still came as a shock.

“This is a surprise and a real disappointment,” Mr Mayhill said. “He was a fine man, not just because he was famous as part of the Dambusters but as a man and as a person he was a very fine person.

“He got decorations in civil as well as military life. He was a justice of the peace, he was a local councillor, he was a mayor. His life was all about service.”

Sqn Ldr Munro was awarded a distinguished flying cross a month after the attacks for carrying out his role “with great courage and determination”, and received the distinguished service order the following year.

He was later “retired” from 617, and after a brief spell commanding a bomber defence training flight, returned to New Zealand in October 1945. He stepped down from the Royal New Zealand Air Force in February 1946.

Earlier this year Sqn Ldr Munro sold his medals to Tory peer Lord Ashcroft, raising Stg £75,000 for the maintenance of the bomber command memorial in London.

His medals and decorations were donated to the Museum of Transport and Technology in Auckland.

Speaking at the after the sale, Sqn Ldr Munro said: “I am content that I have achieved my goal of doing all I can to ensure that the men of Bomber Command who lost their lives during the Second World War will be remembered with pride for generations to come.”

He added that he had been “touched” by the interest generated from the sale.

Lord Ashcroft said: “Les Munro was a true war hero — one of those people who deserve to be described as ‘the bravest of the brave’. He was also a tremendously warm-hearted individual and he will be greatly missed by all who knew him.

“I only had the privilege of getting to know Les late in his extraordinary life, but he was a wonderful character and, like so many brave war veterans, he was extremely modest about his courage and all his considerable achievements.”

In 2008 a Lancaster bomber, similar to the one used by the RAF’s 617 Squadron, flew over the Peak District to mark the squadron’s 65th anniversary.

Sqn Ldr Munro attended the flypast and said he was emotional as he returned to the Derwent Valley where he relived memories of the daring raid.

He said: “In a way it’s very emotional. I’m not one to get emotional about things but it’s very nice to be back here. I’m very pleased to have had the opportunity to attend.

“It does surprise me that people of subsequent generations take part in things like this, but it’s up to the individual how they react.”