Gambia decides to withdraw from Commonwealth 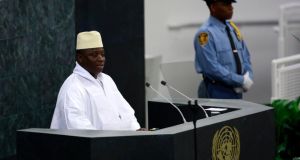 The West African nation of Gambia has announced it is withdrawing from the Commonwealth, saying it will “never be a member of any neo-colonial institution”.

It was not immediately clear what triggered the decision to leave the association of 54 countries largely made up of former British colonies, which was announced in a statement yesterday.

“The government has withdrawn its membership of the British Commonwealth and decided that the Gambia will never be a member of any neo-colonial institution and will never be a party to any institution that represents an extension of colonialism,” read a statement broadcast on state television.

Gambia joined the association in 1965. A sliver of a country surrounded by Senegal, it is a popular destination for European sun-seekers, many of them British, with its tropical climate and white beaches.

However, it has been criticised in the past by the United Kingdom for human rights abuses, including when it executed nine death-row inmates by firing squad in August of last year.

Rights groups such as Amnesty International have also criticised the government of President Yahya Jammeh for cracking down on dissent and targeting political opponents and sexual minorities for arrest and detention, among other alleged abuses.

In a speech before the United Nations General Assembly last week, Mr Jammeh called homosexuality a threat to human existence and criticised other countries for regarding it as a human right.