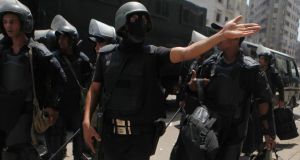 The brother of al-Qaeda chief Ayman al-Zawahri has been arrested in Egypt, officials say.

The official said that Mohammed al-Zawahri, leader of the ultraconservative Jihadi Salafist group, was detained at a checkpoint in Giza, the city across the Nile from Cairo.

The official declined to give further details.

Mohammed Al-Zawahri’s group espouses a hard-line ideology but was not clandestine prior to Egypt’s July 3rd coup. He was allied with ousted president Mohammed Morsi, an Islamist, whose supporters are now taking to the streets in protest at the killings of its supporters in a security crackdown last week.