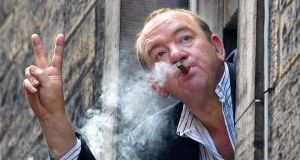 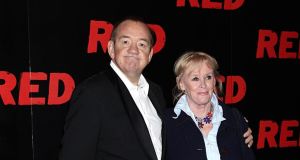 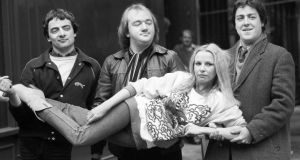 Tributes have poured in for actor and comedian Mel Smith who died at the age of 60 after suffering a heart attack at his home in London yesterday.

Mr Smith was best known for his work on Not the Nine O’Clock News, and Alas Smith and Jones with Griff Rhys Jones, who described him as someone who “inspired love and utter loyalty”.

Mr Jones, who had been friends with Mr Smith for 35 years, said: “I still can’t believe this has happened. To everybody who ever met him, Mel was a force for life. He had a relish for it that seemed utterly inexhaustible.

“He inspired love and utter loyalty and he gave it in return. I will look back on the days working with him as some of the funniest times that I have ever spent. “We probably enjoyed ourselves far too much, but we had a rollercoaster of a ride along the way. Terrific business. Fantastic fun, making shows. Huge parties and crazy times. And Mel was always ready to be supportive. Nobody could have been easier to work with.

“Mel was not a pressure person. He was a gentleman and a scholar, a gambler and a wit. And he was a brilliant actor. But he never took himself or the business too seriously. We are all in a state of shock. We have lost a very, very dear friend.”

Author Kathy Lette wrote on the site: “RIP Mel Smith. Sorry to bring sad and bad news, but apparently he died from heart attack in his sleep.” Writer Irvine Welsh took to Twitter to write: “Sad to hear about the death of Mel Smith, who gave me loads of laughs.”

Smith was described as having “extraordinary natural talent” by Peter Fincham, director of television at ITV.

“Life was always exciting around Mel. He was my friend and business partner for many years and had extraordinary natural talent with the rare gift of wearing it lightly,” he said.

“Being funny came naturally to him, so much so that he never seemed to give it a second thought. Mel and Griff were one of the great comedy acts and it’s hard to imagine that one of them is no longer with us.”

Father Ted writer Graham Linehan said he and writing partner Arthur Mathews had been helped in their career by Smith, with their first sketches being broadcast on Alas Smith and Jones. He said on Twitter: “Very sad to hear news of Mel Smith’s death has been confirmed. He and Griff gave Arthur and I our break. Was always so kind & generous to us.”

Smith. He did something very kind for me early in my career even though he hardly knew me. Such a funny man.”