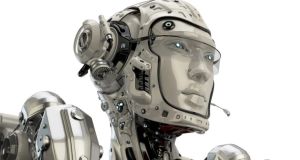 The head of Microsoft’s research division has dismissed fears that artificial intelligence could pose a threat to the survival of the human race. Image: Getty

The head of Microsoft’s research division has dismissed fears that artificial intelligence could pose a threat to the survival of the human race.

Eric Horvitz believed that humans would not “lose control of certain kinds of intelligences”, adding: “In the end we’ll be able to get incredible benefits from machine intelligence in all realms of life, from science to education to economics to daily life.”

Professor Stephen Hawking last month expressed his fears about the rise of AI. He believed that technology would eventually become self-aware and supersede humanity: “The primitive forms of artificial intelligence we already have, have proved very useful. But I think the development of full artificial intelligence could spell the end of the human race.”

Horvitz made his comments in an video interview after being awarded the Feigenbaum Prize by the AAAI for his contribution to artificial intelligence research.

However, he acknowledged that advances in AI were likely to have significant impact on society and pose numerous legal, ethical, economic and psychological issues.

“We’ll need to remain vigilant about assessing and continuing to address potential risks and rough edges ... We need to be assured that systems working in high-stakes areas will behave safely and in accordance with our goals, even when they encounter unforeseen situations,” the researcher said in a Microsoft blog.

Other high-profile figures to cast doubt on AI include Elon Musk, the co-founder of PayPal who went on to set up Tesla, the electric car manufacturer, and SpaceX, which focuses on rocket technology.

He said last year that AI was the biggest existential threat to humans. “We need to be very careful. I’m increasingly inclined to think that there should be some regulatory oversight, maybe at the national and international level, just to make sure that we don’t do something very foolish.”

Musk is one of the high-profile investors, alongside Facebook chief executive Mark Zuckerberg and actor Ashton Kutcher, in Vicarious.

The company aims to build a computer that can think like a person, with a neural network capable of replicating the part of the brain that controls vision, body movement and language.