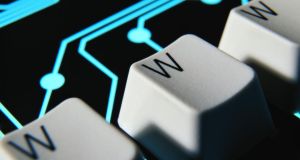 E|e|net, the company that has been bringing internet access to urban centres around the State, has been acquired by a consortium of international investors for an undisclosed sum.

The consortium comprises Granahan McCourt, a US-based telecommunications investment and development company run by Irish-American entrepreneur David McCourt; Walter Scott, a member of the board of Warren Buffett’s Berkshire Hathaway who has invested through a private family trust; and London-based Oak Hill Advisors.

E|net has grown since 2004, when it won exclusive rights to provide fibre-optic cable internet access to urban centres across the State. The last accounts, filed under the company’s registered name of e-Nasc Éireann Teoranta, the company showed an operating profit of €4.1 million for the year to end-April 2012.

Under the terms of its contract with the Government, e|net has delivered internet access to 94 urban areas through what is called Metropolitan Area Networks (MANs). The company said the change of ownership would have no impact on day-to-day business.

“E|net’s current management will remain in place and the company’s customers, which include BT, UPC and Vodafone, will not be affected,” it said.

Conal Henry, chief executive of e|net, said: “The calibre of the new investors is a testament to e|net’s management of the MANs project. . . Furthermore, the new shareholders have a sophisticated understanding of the MANs and the open-access, carrier-neutral model and are prepared to continue to invest in its development.”

David McCourt, whose company led the acquisition, said: “E|net’s has a unique model and an experienced team which has successfully driven the development and growth of the business to date. This directly benefits the State as it delivers affordable, state of the art broadband services to towns and cities across Ireland. We see potential to expand and to maximise the MANs and look forward to working with management to realise that aim.”