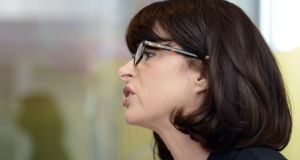 A Traveller family who were refused access to a funeral home to wake their son have been awarded maximum compensation of €6,384 by the Equality Tribunal.

The award was made on foot of a complaint made by Anne Joyce for alleged discrimination experienced by her family when arranging the funeral of their 14-year-old son, who died following an illness in 2011.

The Equality Tribunal found the company had initially agreed to allow its funeral home to be used to wake the deceased but later withdrew this on the basis that the family were members of the Traveller community.

The Equality Tribunal found the evidence to be credible and awarded the Joyce family €6,384, the maximum compensation payable under the Equal Status Acts for the effects of the discrimination on them.

The Joyce family had been granted legal assistance by the Equality Authority to take their claim to the tribunal.

Emily Logan, chief commissioner of the Irish Human Rights and Equality Commission Designate said: “The case highlights that discrimination continues to be experienced by Travellers in their every day life and the outcome shows that this is not acceptable.”