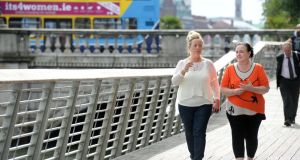 He died of an apparent drugs overdose while still in aftercare services provided by the State.

“This case demonstrates the folly of assuming children are safe merely because they are formally in the care system,” it states.

It is one of five cases of deaths or serious incidents involving children in care due to be published later today.

It comes at a time of rising concern over the level of funding available for child protection services and staffing gaps in frontline services.

The report by the National Review Panel into the death of Mr Talbot is likely to place renewed focus on gaps in care.

It calls on the Child and Family Agency to ensure there is effective management and accountability regarding all children in care.

Among its findings are that there was an inadequate response to evidence that the deceased was experiencing abuse and neglect as a young child.

His needs were never fully assessed at any time throughout his life as his behaviour deteriorated, while there was little appreciation of the fact that he was at risk of significant harm in the care of the State.

In fact, the decision by social services to repeatedly place him in the “out of hours” service – or emergency hostels for homeless young people – exposed him to even further risk.