Stephen Fry responds to The Meaning Of Life controversy 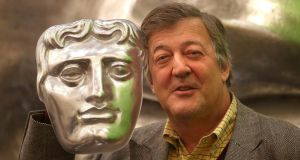 Stephen Fry has defended his statements on Gay Byrne’s RTE show, The Meaning of Life .

Speaking to Colin Paterson on the BBC Radio 4’s Today show, where Fry was being interviewed about the upcoming BAFTAs and his recent marriage, the actor commented about the interview, saying: “I was astonished that it caused so viral an explosion on Twitter and elsewhere. I’m most pleased that it’s got people talking”.

Fry went on to say that he hadn’t said anything offensive, remarking that he expressed concepts that had been around for hundreds of years.

“I was merely saying things that many finer heads than mine have said for hundreds of years, as far back as the Greeks .” Fry went on to add, “I never wished to offend anybody who is individually devout or pious, and indeed many Christians have been in touch with me to say that they are very glad that things should be talked about.”

Speaking to The Irish Times, Gay Byrne commented that “Of course he [Stephen Fry] hadn’t wished to cause offence. But that’s what the internet is for, controversy, debate and people’s opinions.”

The Gay Byrne interview caused a viral sensation in Ireland and abroad, as Fry responded candidly to questions about faith, God and his own atheism.

Responding to the question of what he might say to God at the pearly gates, Fry replied that he would say, “How dare you create a world in which there is such misery? It’s not our fault? It’s not right. It’s utterly, utterly evil. Why should I respect a capricious, mean- minded, stupid god who creates a world which is so full of injustice and pain?”

The video has since been watched over 5 million times on Youtube.

Fry went on to speak about being newly married saying, “It seems silly, but to be conjoined in a legal way really makes a difference, and it makes me very, very happy.”